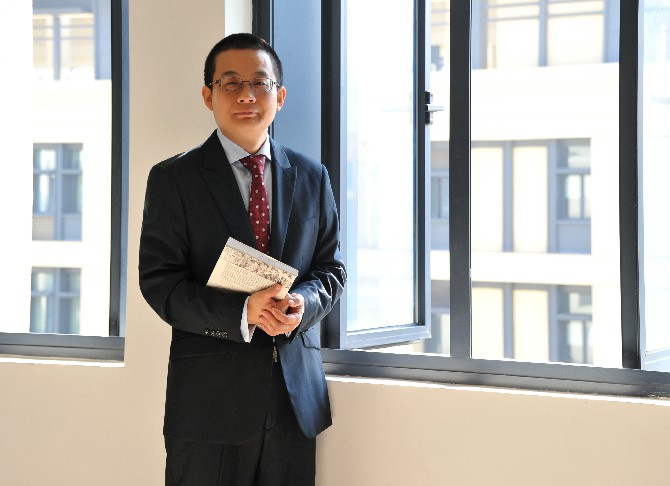 A sea change is silently taking place as the current Covid-19 pandemic has revealed so much uncertainty for the international community and global governance, political economy and international affairs scholar Edmund Li Sheng has suggested.
Just recently, the scholar from the University of Macau published a book titled “How Covid-19 Reshapes New World Order: Political Economy Perspective.” The book covers the theoretical account of the international order shift in the context of the Covid-19 pandemic outbreak from an interdisciplinary perspective.
Covid-19 has hit the global public health system unprecedentedly and unexpectedly in the context of globalization, making it very different to several large-scale epidemics in history.
Among the most interesting elements of this global upheaval, according to Li, is the possible power transition between the United States and China.
“In this book, I analogize Covid-19 to America’s ‘Suez moment’, symbolizing the relative exhaustion of the U.S. and the rise of China visible in the anti-pandemic struggle on both sides,” said Li, who is also the associate dean (Academic Affairs) of Faculty of Social Sciences.
“The American democratic system and the Chinese model or authoritarian system performed divergently in response to the outbreak. The underlying trend towards a crisis of democratic decay in the United States in a sense epitomized the eastward shift in a global balance of power,” he explained to the Times.
For him, the vacuum of leadership is in global public health coordination, international organizations which have not performed well in guiding the temporarily stalled globalization process, including the free trade and international cooperation agenda.
In the face of the fragmentation of global governance and the rise of nationalism and geopolitical competition, Li’s book focuses on how three regional international organizations, the European Union, NATO, and ASEAN, have responded to the challenge of the [growth] of regionalist forces.
Li is also the director of the Russian Centre and programme coordinator of the Master of Arts in European Studies at UM.

Macau Daily Times (MDT) – How has the pandemic changed the political economy in the city?
Edmund Li Sheng (ELS) – According to relevant data, Macau’s GDP dropped 56.3% year-on-year in 2020. But thankfully, a series of public policies launched by the government during the same period, including the issuance of e-consumer vouchers to residents to encourage consumption, have guided and assisted the market to maximize its self-resilience, in a sense serving as an empirical evidence to update the definition of the diametrically opposed relationship between politics and economy that has always been held by Western liberal economics.
So far it has been obvious that Macau’s political economy is moving in a positive direction, based on the government’s decision not to arbitrarily interfere with the economy but to assist the economy in recovering from the downturn.
After this battle, it is believed that Macau’s political and economic self-resilience will be raised to a higher level. However, from the perspective of the global economy, international trade has been severely impacted by the Covid-19 pandemic.

MDT – And in global terms?
ELS – The global industrial chains, supply chains and value chains of North America, Europe, and East Asia have also encountered serious challenges. Covid-19 also has had a serious impact on the labor market, resulting in a decline in the global employment rate and a decrease in income. The suspension of production by multinational companies due to the disruption of the global industrial chain and supply chain caused by the pandemic will force countries to reflect on globalization and strengthen anti-globalization measures.
Countries such as the United States, Japan and South Korea begin to return to manufacturing in areas that are related to their national economy and people’s livelihood, and in industries that provide competitive advantages to their own development. The spread of this pandemic has led to the prevalence of nationalism, xenophobia, and protectionism.
Although this will not change the direction of globalization, it may slow down the pace of globalization and make economic globalization more regionalized to neighboring countries and countries with similar values.
MDT – How will the concept of global political economy be newly articulated after the pandemic?
ELS – The frequency of interaction and interdependence between the political and economic spheres will increase dramatically compared to the past. The highly interconnected nature of the global economy derived from globalization dictates that the economic contraction brought about by the pandemic is no longer a concern for one country or region, but rather a common destiny for the entire world.
From an economic perspective, countries need to build a new open economic system that is coordinated internally and externally to prevent the transformation and retrogression of economic globalization.
From a political perspective, this means that states must seek to maximize communication through the platform of international organizations to assist the global political economy in hedging against the negative effects of the pandemic.
MDT – Are we seeing significant changes in how governmental authorities have set aside other social issues due to the pandemic?
ELS – There is a limit to the number of social resources that the government can mobilize, and therefore the allocation of public resources must follow rational decision-making priorities. This means that the government has to make trade-offs in the face of a major public crisis like the Covid-19 pandemic.
In some Western countries, anti-pandemic strategies address the social impact of the pandemic’s aftermath. […] Some states in the United States initially did not give due priority and attention to the urgent issues of public health care and livelihood security. They therefore missed the best period to curb this pandemic.
But then the United States [federal government] tried to remedy the situation by passing the Covid-relief, which included expanding unemployment benefits, providing financial assistance to states, [as well as the assistance for] medical facilities and other public services, supporting the hardest-hit industries, and issuing loans to small and medium-sized enterprises.
Most European (EU) countries responded slowly at first because they did not know how to deal with such an emergency. Although the response was slow, it did become an important priority for most EU governments later. However, the recurrence of the epidemic has also intensified social conflicts.
For the Chinese government, public health security is an absolute priority at the moment and is considered a fundamental guarantee for subsequent economic development. However, it must be admitted that although China’s strategy to combat the pandemic has been successful in phases, this hierarchical prioritization has consumed significant national resources and come at the expense of some citizens’ social rights, including freedom of assembly. For the time being, there are still too many uncertainties about the long-term scope of these two strategies. But the only certainty is that issues such as public health safety and health care will take on an exponentially larger role in the social sphere, forcing governments to consider how to engage more reasonably in social prioritization decisions.

MDT – Has China’s role politically changed amid this crisis?
ELS – As China’s comprehensive national power continues to grow, China’s international political status is in a dynamic process of change, which is somewhat accelerated by the Covid-19 pandemic as a catalyst. When China’s rise is placed in a broader international context, the global geopolitical balance of power is shifting from the Western Hemisphere to the East, with China at its core. Realists have long been pessimistic about the changing balance of power and the potential for a hegemonic transition between China and the United States, arguing that a Thucydides trap [a resultant tendency toward war] at the cost of violent conflict is inevitable.
Yet after the trials and tribulations of the Covid-19 pandemic, China appears to have seized a window of opportunity in global governance: a vacuum of leadership in providing global public goods in the face of resurgent U.S. unilateralism and isolationism.

MDT – How has other countries’ view of China changed?
ELS – The EU’s leading representative for foreign policy questioned the motives of Chinese government and its corporate efforts to donate protective medical equipment to countries around the world, believing that China is gaining international influence through the “politics of generosity.” However, in contrast to the behavior of some countries intercepting medical equipment, developing countries will be less offended by the politics of generosity. By optimizing resource mobilization, China became the first economy to recover from the pandemic and delivered nearly one billion doses of Covid-19 vaccine globally, giving it a leading edge in the race for global governance leadership.
While China’s model has garnered a certain international recognition for economic achievements over the past three decades, the authoritarian system at the forefront of the China model has continued to be criticized by Western liberal democracies in the battlefield of narratives.
The political significance of the China model has been widely noted and discussed in the context of this pandemic, especially in light of the potential crisis of democratic decay in American-style democracy, which has further elevated the political status occupied by the China model.
In general, China is actively leading international cooperation in the pandemic outbreak, but the controversy over China’s ability to become a benign imperium as an authoritarian state has not diminished, especially in relation to the intentions of vaccine diplomacy.
However, due to the potential for a Great Depression-like Kindleberger trap [a failure to provide global public goods following an ascension to global power] resulting from the absence of global governance leadership, China’s political role in the global system will possibly transition from being a ‘pacemaker’ in the current system to a bellwether in guiding systemic transformation.