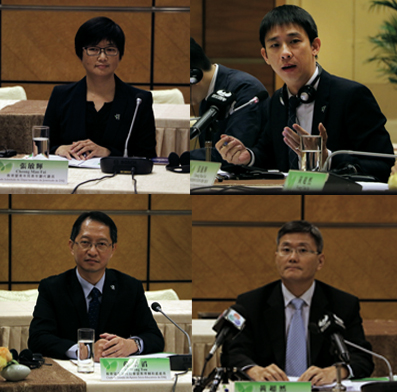 The Education and Youth Affairs Bureau (DSEJ) wants to reinforce the teaching of Chinese history and culture. To that end, it has drafted a plan to promote national topics to local students and teaching staff.

The plan also presents subsidies to encourage local schools to promote national symbols, representatives from the DSEJ told the media at a press conference held yesterday after the Non-Tertiary Education Council’s first plenary meeting of the year.

The meeting covered several topics including the efforts to promote the teaching of Chinese history and culture. Chief of the Division of Studies and Support to Education Reform of DSEJ, Vong Iat Hang, described the work as seeking to “cultivate in the students a feeling of love for the motherland and for Macau, succeeding the spirit of the Chinese nation and the traditional virtue, as well as in articulation with the position of Macau in the development of the Great Bay Guangdong-Hong Kong- Macau area.”

He added that this should be achieved by “the creation of a curriculum, training and exchange scheme between teachers, and the organization of students and youngsters to participate in experimental activities.”

He also recalled that the DSEJ previously drafted a plan to achieve this goal which included four main topics, namely the cultivating of knowledge on Chinese culture and history, the transmission of Chinese culture to the younger generation, and other topics related to the roles of Macau in both the Greater Bay Area and the development orientation of ‘One Centre’ and ‘One Platform.’

Vong explained that this goal would be achieved through the implementation of annual activities for both students and teachers, which include visits and training activities 0n the mainland. For this, the DSEJ has a specific subsidy to allow such programs to be trialed.

Addressing the topic of the national symbols, Vong noted, “regarding the national flag, motto and anthem, the legislative process has already concluded and the DSEJ has been trying to promote knowledge to students on this topic.”

“We are going to give some guidelines to the schools about the correct procedure and in the future we are going to launch a [new] financial subsidy for the acquisition of equipment for flag hoisting, so that students can better know the national symbols.”

According to Vong, such financial support will be complemented at a later stage with extra materials provided to schools “in order to help them to promote the protocol, the ethics and the spirit of China.”

According to DSEJ officials, the idea is that all schools would be able to perform the flag hoisting ceremony and anthem at least once per week, similar to what happens already in all public schools, and that all schools could display the Chinese national flag on a daily basis.

Questioned on the need to change any of the educational materials, Vong said that the DSEJ would not interfere in such a choice, noting, “schools have the freedom to decide and choose which materials they find more suitable.”

Acting Chief of the Youth Department of the DSEJ Cheong Man Fai said the Bureau has also planned at least three other major initiatives for 2019 that aim to “celebrate the prosperity and strengthening of the nation, as well as the social stability and economic development of Macau.”

Another of the topics on the agenda of yesterday’s meeting of the Non-Tertiary Education Council was related to the increase of subsidies from the DSEJ for the academic year 2019/2020.

During the meeting, DSEJ’s Chief of Division, Sit Weng Tou presented the report on the subsidies to both schools and students for the current academic year, as well as the information that the following subsidies would be increased for next year:  free education, which ranges between MOP1.01 million to 1.52 million per class; the subsidy for tuition that ranges between MOP20,300 to MOP24,810 per student; and the subsidy for extra curricular activities that is MOP26,500 per class.
As noted by Sit, the increase in the subsidies brings the investment from the government to about MOP4 billion, growth of over 9 percent when compared with the budget of 2018/2019.

One of the hot topics in yesterday’s meeting of the Non-tertiary Education Council was the status of the “Blue Sky” project.

The “Blue Sky” project is a 2015 initiative launched by the Secretary for Social Affairs and Culture, Alexis Tam, with the aim of relocating schools from residential buildings to individual spaces where they can grow and develop their activities as a campus-based institution.

Before the start of yesterday’s meeting, there was a signing ceremony for letters of intention by five new schools that aim to be part of the project.

During the press conference in assessment of the project’s status, the Chief of the Division of Education Equipment, Wong Chio In, noted that the project is “running according to expectations.”

“We will have it concluded within the 15-year period [that was advertised],” said Wong.

Despite his optimism, Wong revealed that after almost four years of running the project, only three schools have in fact left their locations and mostly have done so on their own initiative.

As for the other 13 institutions, a total of nine (including the five from yesterday) have signed letters of intent to change their location, but are waiting for land to be made available.

Wong noted that the government would arrange land plot concessions for those that do not possess their own locations, including two or three that would relocate to Zone A of the new landfills. Meanwhile, Xin Hua School and Concordia School for Special Education will be included in the refurbishment project of the old Canidrome, as previously announced.