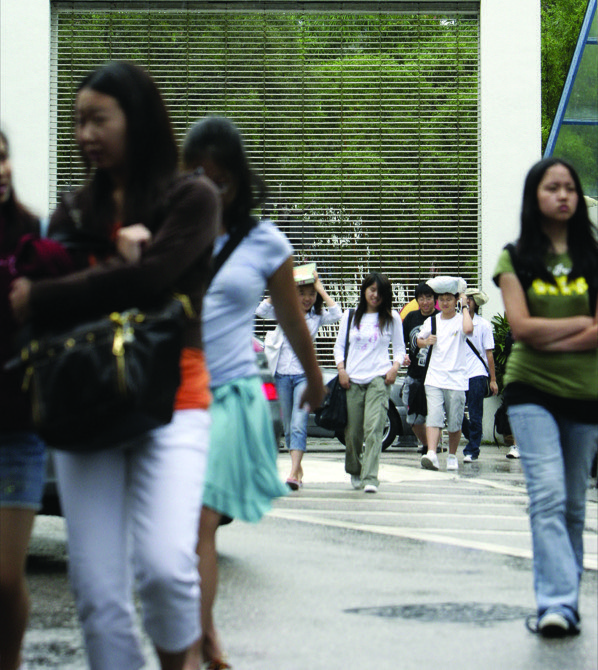 Macau was among the worst countries and regions of the world for school bullying, according to the last report of the Programme for International Student Assessment (PISA), sponsored by the Organization for Economic Cooperation and Development (OECD), which has been conducted every three years since 2000.

According to the last report issued in 2017, which reported findings from the PISA results of 2015, Macau ranked fourth among the worst performing countries and regions from a total of 53 that participated.

Macau’s results in terms of the incidence of bullying in schools was 49 percent higher than the mean of the OECD countries.

The only countries that ranked worse than Macau were Singapore, New Zealand and Latvia.

On the opposite end of the list, the countries with the least incidence of bullying were South Korea, followed by Montenegro, Turkey and Taiwan, while Hong Kong registered a score 28 percentage points better than Macau.

Mainland China scored even better than the special administrative regions, with a score only 10 percent higher than the OECD mean and 39 percentage points better than Macau.
It should be noted that in the PISA report, mainland China is only represented by Beijing, Shanghai, Jiangsu and Guangdong provinces.

The results can be considered even more worrying when analyzed in detail, with 27.3 percent of the students of Macau noting they were subjected to some form of bullying at least a few times a month. From these, almost 20 percent of the cases of bullying were reportedly of a psychological nature.

One of the aspects highlighted by the report was the relationship between the incidence of bullying and the socio-economic profiles of schools that were more likely to see children bullied.

Contrary to the prevailing worldwide trend, in Macau students of elite schools have a higher probability of being victims of bullying than those from public schools. Only Russia followed Macau in opposition to the world trend.

In the introduction to the report’s chapter on bullying, the OECD notes that in this context, bullying is considered as a “systematic abuse of power that can be inflicted directly, through physical (hitting, punching or kicking) and verbal (name-calling or mocking) abuse,” adding that it can also relate to a form of relational bullying, “a phenomenon of social exclusion, where some children are ignored, excluded from games or parties, rejected by peers, or are the victims of gossip and other forms of public humiliation and shaming.”
The same report also warned that as teenagers use electronic communications more and more, cyberbullying has become a new form of aggression expressed via online tools, particularly mobile phones.  The phenomenon tends to occur more frequently during times of transition in childrens’ and adolescents’ lives, when they are figuring out where they fit in among new peer groups.