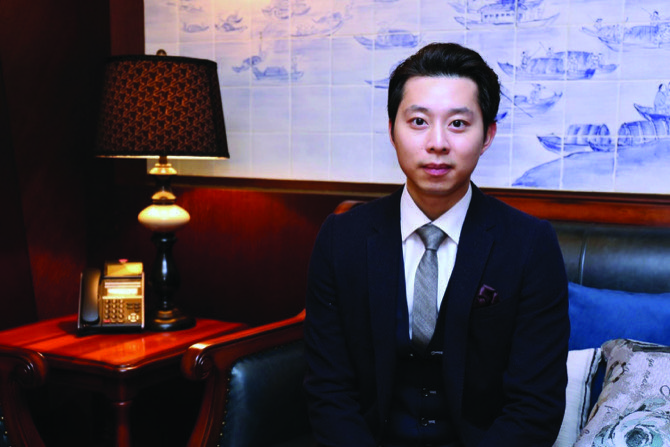 In light of the results obtained by Macau in the Programme for International Student Assessment (PISA), which ranked the region among the worst in the world for school bullying, the Times interviewed the Head of the Department of Innovative Social Work of City University of Macau, Professor Jacky Ho.

Macau scored fourth overall in the ranking of the worst jurisdictions for bullying, just behind Singapore, New Zealand and Latvia.
Questioned on whether the results in the last assessment were surprising, Ho said: “Let’s say yes and no. The reason I am not surprised is because we have been seeing a lot of different incidents regarding school bullying which came out in different forms, whether physical and emotional or even verbal.”

“So I am not surprised by that situation because we see this everywhere now, and because of social media, people are more aware of that situation. There are more cases being reported, not just by the media but also through other community platforms.”

Nevertheless, Professor Ho explained, “on the other hand, I am [somewhat] surprised because Macau has been cultivating [a system where] NGOs (Non-Governmental Organizations) provide a range of different kinds of services to young people. Plenty of them [address] professional social support for youth and help them to grow in different ways,” he noted.

Ho added that he feels surprised by the revelation that “somehow it seems that these programs that have been put in place do not actually help the young people to focus on their future or their personal development or personal pursuit.”

Another topic addressed by the PISA report, which refers back to a 2015 assessment, is that contrary to global trends, students enrolled in “elite schools” in Macau have a higher probability of being involved in bullying.

“What I found from the report is that young people from these elite schools are usually from a high income family but maybe because of this, they might be lacking support or lacking communication between youngsters and their parents,” said Ho.

“Maybe their parents occupy high-level jobs and they might not have much time for their kids,” the professor suggested, while calling attention to another factor that might have influenced Macau’s results.

“Also because Macau is a special city where most businesses are open 24-7, [shiftwork] might also contribute to the lack of opportunity for children to talk with their parents and parents hardly find time to spend with their youth.”

“This might add to ‘attention- seeking’ behavior and parents may not be aware of their sons’ and daughters’ situations, whether in an academic or emotional or self-development setting,” he said. “This could justify the high percentage of students involved in bullying in the so-called elite schools, and they can be either the victim or the aggressor in this sense.”

Questioned on whether he expects any change in the results for the upcoming PISA report – with assessments being done every three years – Ho said “I am expecting a linear trend on this situation in Macau and that is why I am suggesting that these issues should be targeted and resolved not just with schools but also with parents and the community as a whole.”

According to Ho and at an international level, there is some work being done in this field through a method termed “restorative meetings,” in which all parties involved in a bullying problem are invited to discuss the problem and resolve it permanently.

“These meetings occur usually when schools find out that there are students being bullied. All parties gather in a meeting to try to settle the problem. Nowadays, not many schools [in Macau do this] although some have social workers or other counsellors working there and with the capability to intervene in these situations.”

The scholar calls for pressure to be put on schools to adopt this method “because schools focus too much on punishment but after you deal with the consequences of the bullying, the relationship between the students has not been resolved. They return to the classroom and engage in an even more conflict-ridden relationship.”
The situation is made worse by the fact that schools’ higher administration and management have been unable to acknowledge their incapacity to deal with bullying.

“This is a situation that schools, principals, headmasters and teachers need to acknowledge is beyond their professional knowledge to deal with. They have to engage the schools counsellors or social workers and get them into the core of the problem.”