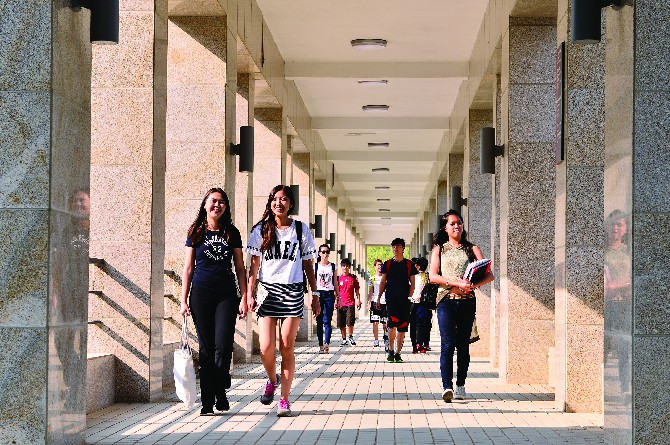 The University of Macau (UM) and the Macao Polytechnic Institute (MPI) held their opening ceremonies online, welcoming a new cohort of students from Macau, mainland China and the Greater Bay Area.
In an online orientation, rector Yonghua Song welcomed almost 3,500 new undergraduate and postgraduate students to UM.
Because of the pandemic, UM has moved all orientation activities for the new academic year online. All classes in August will be conducted online. Class arrangements for September will be determined later, depending on the changing pandemic situation.
Last year, UM welcomed more than 3,000 new undergraduate and postgraduate students at the convocation ceremony for the 2020/2021 academic year. Entry numbers have thus risen by about 17%.
In the rector’s speech, Song said that this year marks the 40th anniversary of the university, “a time to take stock of the past and set sail for new horizons.”
“UM is a university of and for Macao; it is also an active participant in the development of the Greater Bay Area and the nation, with the ambition to ‘go global,’” he said.
The official expressed his aspirations for the university to become internationally recognized for “learner-centered education, impactful research, and social responsibility.”
Meanwhile, MPI welcomed more than 1,300 new students in its opening ceremony held on Tuesday.
MPI president Professor Im Sio Kei encouraged students to practice “patriotism and shoulder responsibilities and commitments; to work hard at their studies to broaden their horizons and to equip themselves with adequate knowledge to make contributions to the development of the country and Macau.”
In his speech, the president indicated that this year marks the 40th anniversary of the founding of Macao Polytechnic Institute, and also sees the establishment of a comprehensive talent cultivation system for undergraduate, master’s and doctoral levels.
This year MPI and Peking University formed a cooperative partnership to set up the “Peking University Health Science Center-Macao Polytechnic Institute Nursing Academy” to cultivate nursing talent for the Guangdong-Hong Kong-Macao Greater Bay Area.
The president recalled that MPI has continuously increased its investment in academic research, establishing research and testing centers jointly with global universities and local SAR government departments. LV