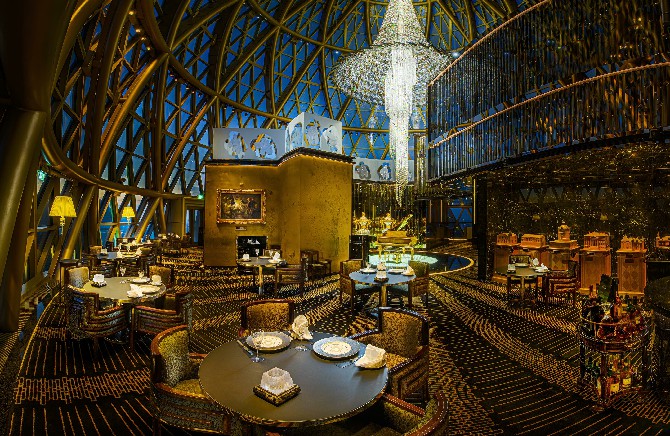 The Grand Lisboa Hotel and Grand Lisboa Palace Resort have garnered eight more accolades from China’s Wine List of the Year Awards 2021, the properties’ owner SJM has announced.
The Grand Lisboa Hotel once again received the title of “Best Hotel Group Wine List – Outstanding” and “Best Luxury Fine Wine Cellar List,” further strengthening its elite status.
All four signature restaurants at the Grand Lisboa received the highest rating “3 Glass Award” for the third consecutive year, while Michelin three-starred restaurant Robuchon au Dôme claimed its title in the “Hall of Fame” for the ninth year in a row.
Mesa, located at the newly opened Grand Lisboa Palace, won the “3 Glass Award” for the first time.
Paul Lo, Director of Food and Beverage for the Grand Lisboa Hotel, has been included in the “Hall of Fame” for the third time.
China’s Wine List Awards are one of the most prestigious in the hospitality industry. According to SJM’s statement, the awards are known as the “Oscars” for hotel sommeliers.