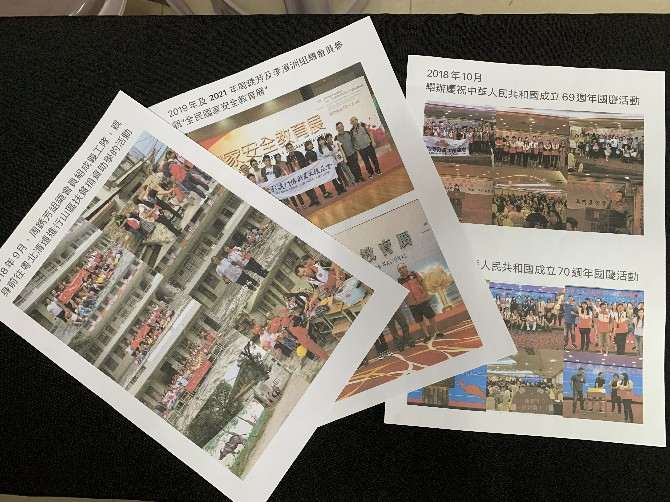 External pressure on remaining candidates is the main reason for the Gaming New Macau list’s withdrawal from the upcoming Legislative Assembly election, two of the list’s representatives told a press conference yesterday.
The first two candidates from the list, Cloee Chao and Lei Man Chao, were disqualified by the Legislative Assembly Electoral Affairs Commission (CAEAL). With its original list comprising eight candidates, the group could still have run in the election.
However, not only did it decide to withdraw from the election, it has also decided to terminate its procedural dispute of the CAEAL’s decision, meaning that the list will not file a judicial appeal.
Justifying the decision, both Chao and Lei said that the remaining candidates on the list have faced various external pressures. “After all, we’re only working commoners,” Chao said.
When questioned about the type of evidence that was cited to prove their “lack of allegiance to Macau and its Basic Law,” both expelled candidates revealed that they were given a book full of social media screen captures.
“My social media account is public, and I still can’t tell which of my posts have violated the Election Law,” Lei said.
Chao said that the Judiciary Police even screen-captured posts of her family trips to Hong Kong.
Both said that they still felt confused as to what from these posts contributed to their disqualification from the election.
Chao stressed that she has remained a patriot. For example, in the name of the trade union, she organized events to celebrate the Chinese National Day, annual visits to the National Security Educational Exhibition, as well as volunteer campaigns to poorer areas in Mainland China, supporting the national policy of poverty alleviation.

Wong Sio Chak says police followed ‘seven criteria’
After yesterday’s Legislative Assembly Plenary, Secretary for Security Wong Sio Chak was questioned about the principles used by the Judiciary Police in captioning the “evidence” that it passed to the CAEAL for consideration.
Wong stressed that the police followed the “seven criteria” – announced by the CAEAL on Monday – to shortlist evidence. Writing captions to describe evidence is the duty of police. He stressed that the CAEAL was the entity which made the final decision.
On the same topic, Secretary for Administration and Justice André Cheong reiterated that the CAEAL “was carrying out its legal responsibility in the disqualification process.”
Meanwhile, some internet users have started an online petition calling for the reversal of the disqualification by the CAEAL.