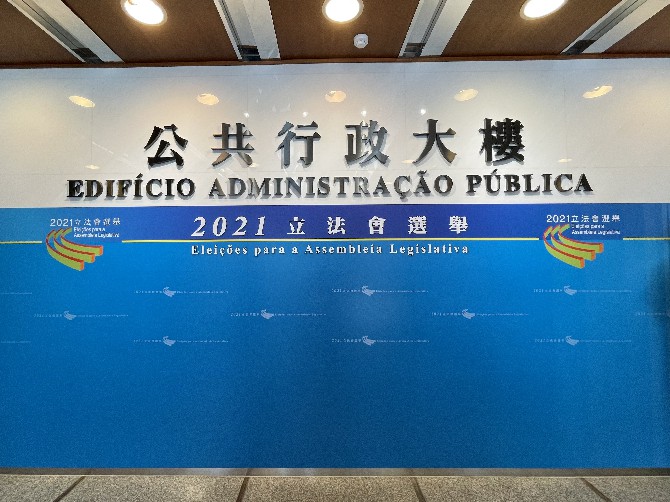 The Court of Final Appeal has ruled against appeals filed by three groups of candidates originally running in the September parliamentary election regarding their disqualification, as decided by the Electoral Affairs Commission (CAEAL).
The appeals concerned incumbent lawmakers Sulu Sou and António Ng, former full-attendance lawmaker Paul Chan, and advocates Rocky Chan, Scott Chiang and Lei Kuok Keong.
In the judgment, the court noted that, “according to the information provided by CAEAL, the Court of Final Appeal has taken for granted [the individuals had] participated at least in activities to support ‘June 4’ and/or ‘Constitutional Charter 08’ and/or ‘Jasmine Revolution.’”
Based on this, the court supported the decision of the CAEAL.
Member of the panel of judges, Justice José Maria Dias Azedo included his voting declaration after the ruling.
He stated that he was skeptical about whether the CAEAL was vested by the lawmaking stakeholders with the authority to proactively ask the police to “search and collect information related to the personal and social life of the concerned individuals.”
He saw the principle of prior hearings for stakeholders having been violated in this case, because the concerned individuals had not been given “an appropriate opportunity to make a stand towards ‘information gathered [in this manner].’”
He added that — although the time is constrained as the election date has been set — it is unreasonable that the action and response period was tightened so.
Sou and Rocky Chan, citing their legal team, describe the situation as switching off the light in an already dim room. They also describe their disqualification as a political decision, in the attempt to mute pluralism in the parliament.
Meanwhile, Chiang encouraged local residents to keep their voices in society heard, because “supervision is everybody’s work.”

SAR, Beijing support the judgment
The Hong Kong and Macao Affairs Office of the State Council said, in a statement, that “the ruling is based on a solid legal foundation and facts.” The statement noted that upholding the “patriots administering Macau” principle is fundamental to ensuring the full and faithful implementation of “one country, two systems.”
Meanwhile, in another statement, the Macau Special Administrative Region (SAR) Government expressed its respect and support for the court’s ruling. It also described the CAEAL’s disqualification decision as “[a] duty [that] seeks to ensure the constitutional order enshrined in the Constitution of the People’s Republic of China and the Basic Law of Macau.”

The SAR government and the Office of the Commissioner of the Ministry of Foreign Affairs of China in the Macau SAR on Saturday opposed the comments made by the European External Action Service, under the European Union, on the Legislative Assembly election of the SAR.
This comes after the EU swiftly issued a short statement in response to the court ruling.
“This is a detrimental step that runs counter to the rights guaranteed in Macau’s Basic Law,” the statement reads. “It undermines political pluralism and curtails democratic debate,” the EU stated.
“The European Union calls for protected rights and freedoms to be upheld in Macau Special Administrative Region and for the September Legislative Assembly elections to be open to candidates from across the political spectrum,” it added.
On this, the SAR government issued a statement to object the EU’s remarks.
“The Macau SAR government expresses strong opposition to [the] remarks made by a spokesperson of the European External Action Service concerning the upcoming Macau SAR Legislative Assembly Election,” the local government asserted.
It added that the “Legislative Assembly Election is purely an internal affair of Macau, and no foreign institutions have [the] right to interfere [with] it.”
“The law enables the Electoral Affairs Commission to review candidate lists regarding each team intending to take part in the Legislative Assembly Election,” the government further stressed in its statement. “The Electoral Affairs Commission’s decision has been confirmed in a ruling by the Court of Final Appeal of the Macau SAR.”
Voicing strong dissatisfaction with and resolute objection to the EU comments, the Office of the Commissioner of the Ministry of Foreign Affairs of China in the Macau SAR said in a statement that the comments were blatant interference in Macau affairs and China’s internal affairs more broadly.
Furthermore, the office said that the EU seriously violated international law and the basic norms governing international relations. “Any attempt to interfere in the SAR’s affairs is doomed to fail,” it added.