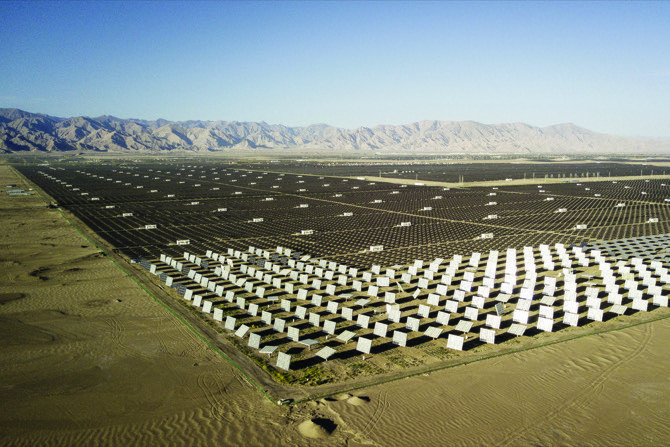 China’s plans to loosen its solar subsidy policy will keep growth of the world’s largest market intact, according to the head of JinkoSolar Holding Co., which is increasing production capacity by as much as 20 percent this year.

Installations will probably maintain at about 40 gigawatts, close to the levels last year, Chen Kangping, chief executive officer of the world’s largest panel maker, said in an interview in Beijing. China’s main industry group said last month the country is planning more supportive policies, which include resuming quotas for some utility-scale projects.

The views from Chen suggest a brighter outlook for global solar companies reeling from Beijing’s abrupt decision in the middle of 2018 to halt approvals for some projects and reduce subsidies as part of efforts to curb overcapacity. The move caused China’s solar additions to tumble last year from a record 53 gigawatts in 2017 and spurred predictions in January installations may fall a second year.

“The changes would reflect a maturing of China’s solar policy as regulators take more factors into consideration,” Chen said Wednesday on the sidelines of the nation’s annual parliamentary meeting. “It will help to stabilize the industry and market development.”

With the new plan, China Photovoltaic Industry Association said installations could climb in 2019 from 44 gigawatts last year. Citigroup Inc. forecast capacity additions of 42 gigawatts, with a potential for a rise to 50 gigawatts.

JinkoSolar will raise panel capacity by 10 to 20 percent this year from 10.8 gigawatts last year. Expansion will be in products with more advanced technology and command higher prices, according to Chen. The supplier will be “cautious” with the rampups, weighing that against sales growth, with output already fully booked for the first half of the year, he said. Bloomberg