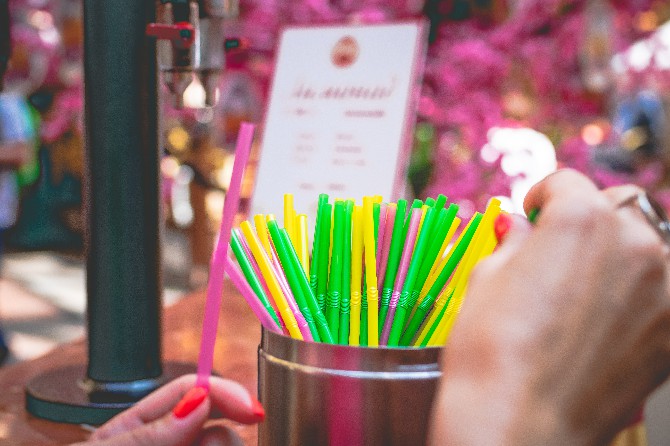 The import and trading of plastic straws is set to be banned by January 1, 2022, a move environmentalists deem as “baby step” into turning the city into a more eco-friendly environment.
Yesterday, Chief Executive Ho Iat Seng mandated that the government will prohibit both the import and trading of single-use plastic straws and stirrers.
The message was previously revealed by the Environmental Protection Bureau (DSPA) director, Raymond Tam Vai Man, who noted that the bureau was reviewing the ban and was consulting the city’s restaurant sector and other government entities.
Calls for such a ban have been long-since made by local environmentalists including Annie Lao and Joe Chan, who are continuously calling for the government to further encourage the use of reusable items.
“It’s good news in the view of green NGO, even though plastic straws and stirring sticks only make up less than 5% of the whole total disposal plastic waste,” Joe Chan, vice president of Green Future Macau told the Times.
“It’s a significant step to show the government’s determination in cutting single use plastic,” he lauded.
Environmentalist Annie Lao expressed that the move was “a baby step, but [it’s] better than nothing.”
Although the ban is considered a step forward, education is still a crucial factor.
For Chan, the government should use this change to educate public on why it is necessary, in addition to the long term prospects of environmental policy.
However, the concern whether such a cut in single-use plastics would made a significant reduction in the city’s plastic flow still remains. Global reports note that bans on plastic straws have only made a minor difference in plastic waste production.
National Geographic stated in its 2018 report that out of 8 million tonnes of plastics which flow into the ocean every year, plastic straws only comprise 0.025% of the total.
Therefore, banning plastic straws might not make a significant improvement to the environment.
Therefore, for Lao, the reason for the ban needs to be clear to the public – that is, to reduce waste at the source by not using or wasting plastic straws or stirrers, rather than searching for eco-friendly materials and still being disposed of afterwards.
She recommended the government charge consumers for straws in a bid for the public to make it a habit to bring their own – a move similar to the single-use plastic bags in retail locations costing MOP1.
Although there is still a long way to go to achieve the international green standard, these “baby steps” are already considered as an achievement among the group.
“We look forward to seeing the timetable for more plastic regulation. Our city, Macau, is relatively behind the international green standard, we need to speed up our progress in order to avoid the irreversible consequence,” said Chan.
For Lao, the most effective way for the city to move forward fast is with a more aggressive approach on a single-use plastics ban such as plastic bottles, take away containers and unnecessary plastic packaging for fruits and vegetables at supermarkets.
“These can be avoided and should be taxed when used. […] Climate change is an urgent crisis [and] everyone’s action is needed now,” she said.