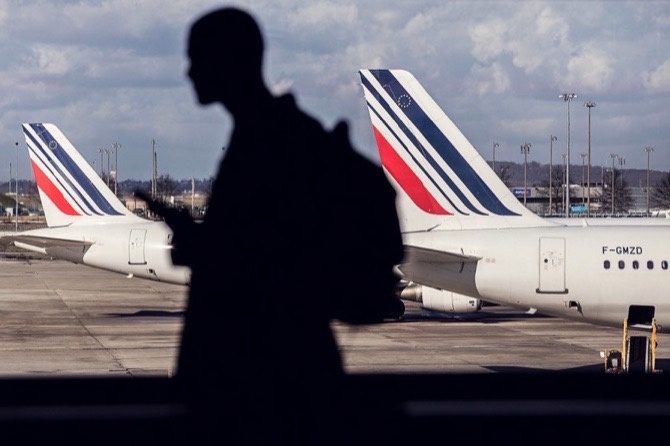 State intervention is back. But it’s an awkward fit for Europe.

At an event in Berlin on Tuesday evening, German Chancellor Angela Merkel outlined how European governments can stand up to the financial muscle of China by offering more support to companies.

Around the time Merkel was making her pitch for a more cooperative form of capitalism, Dutch Finance Minister Wopke Hoekstra was demonstrating what that looks like in practice with a call to his French counterpart. Hoekstra informed Bruno Le Maire that the Netherlands had acquired a 13 percent stake in Air France-KLM, the airline group the two countries had been tussling over for months. French officials were furious.

A by-word for the industrial decline of the 1970s, intervention in the corporate world was practically taboo for a generation of European leaders outside of Paris. Suddenly it’s all the rage, but the risk is that the turn to Chinese-style state power leads to fighting between governments and with the antitrust regulator.

“There is a sense of panic,” said Guntram Wolff, a director at the Bruegel research institute in Brussels. “The response seems to be that we should go down the road of becoming Chinese ourselves. I can’t see this as a successful response.”

Investors might have to get used to such machinations: Germany is looking to orchestrate a merger to keep Deutsche Bank AG out of foreign hands, Italy wants to increase its stakes in Telecom Italia and Alitalia, and the U.K.’s opposition Labour Party has won popular support with  plans to re-nationalize rail, energy and water companies.

It all marks a dramatic shift for the European Union, which has had fair competition and restrictions on state aid in its DNA since the Treaty of Rome in 1957. But that regime is coming under pressure as national leaders struggle to deal with the twin threat of competition from China and populism at home.

Margrethe Vestager, the EU’s antitrust chief, is in the eye of the storm after she vetoed government-backed plans by Siemens AG and Alstom SA to form a European rail giant last month.

Merkel and French President Emmanuel Macron argue that European companies need to bulk up to tackle Chinese giants such as CRRC Corp. Vestager counters that you can’t build European champions by undermining competition or you remove the pressure to keep prices low and improve the quality of products and services.

Vestager and Merkel are due to meet in Berlin to discuss changes to the merger rules. The German leader plans to raise the issue at an EU summit in Brussels next month.

The political weather is moving against Vestager.

Perhaps the biggest shift has come in the U.K., the poster child for privatization in the 1980s under Prime Minister Margaret Thatcher. With rising rail fares, chronic train delays, student debt and fears about the state-funded National Health Service, British voters swung behind the Labour Party’s socialist campaign at the last election in 2017.

“The political consensus over the idea that competition is a good thing, this consensus is crumbling,” Frederic Jenny, an economist at the Organisation for Economic Cooperation and Development, said at an event in Paris on Wednesday.

But inevitably, not all interests are unaligned.

The irony for France with Air France-KLM is that the country has been the pioneer of intervention. When Macron was economy minister four years ago, he upset Japan by quietly increasing France’s stake in carmaker Renault, strengthening his country’s hand in its alliance with Nissan. Now, it’s his government that appears to have been caught out.

One official close to Finance Minister Bruno Le Maire said he was furious that both the state holding company and finance executives at the Franco-Dutch airline failed to detect the Dutch move in the stock market. And the prospect of a new generation of political leaders interfering with the operations of major companies is already raising concerns.

An Italian banker who works with investors from the U.S. and Asia said it would make more sense for the government to support sectors such as construction rather than pouring more money into another Alitalia rescue. His clients are deterred from investing in Italian businesses because of meddling by the government.