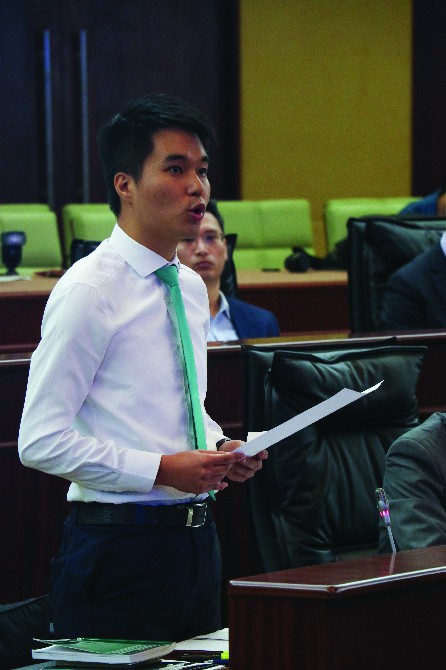 With public consultation on the Trade Union Law continuing, ex-lawmaker Sulu Sou has slammed the idea that specific protections for the right to strike and right to collective negotiation are unnecessary.
On Tuesday, in response to press questions at his Policy Address press conference, Chief Executive Ho Iat Seng said that the rights to strike and collective negotiation are stated in the Basic Law.
“Why do we need repetition?” Ho asked.
However, Sou regards Ho’s rhetorical question as “nearly all wrong.”
On his social media page, Sou explained his reasoning. He said that there is consensus in the community that elements of the Basic Law should be specifically legislated to ensure effective practice and protection.
Furthermore, as the Basic Law protects local workers’ right to form trade unions, Sou argued that, following Ho’s reasoning, the new trade union legislation is itself redundant, and t should theoretically be scrapped.
Without provisions in the legislation, Sou said, workers might be penalized after taking strike action or undertaking collective negotiations.
Sou added that “good” trade union legislation should protect both employers and employees, but the current proposal, in his view, will eventually shift the balance of power towards employers. AL