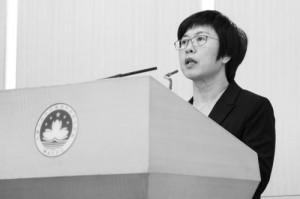 Chui Sai On, has announced the 11members of the new government’s Executive Council (ExCo), that includes only two new faces: Ms Sonia Chan Hoi Fan, who was appointed the new Secretary for Administration and Justice and lawmaker and businessman Mr Chan Chak Mo. The personalities that leave the ExCo are former Secretary Ms Florinda Chan and the new Secretary for Economy and Finance, Mr Lionel Leong.
The other members of the incoming council are: Mr Leong Heng Teng (the previous ExCo spokesperson), Mr Liu Chak Wan, Mr Ma Iao Lai, Mr Leonel Alberto Alves, Mr Cheang Chi Keong, Mr Chan Meng Kam, Ms Ho Sut Heng, Mr Wong Yue Kai, Mr Lam Kam Seng, and Mr Chan Chak Mo.
According to a statement issued by the Government Information Bureau, in accordance with the Basic Law, the Chief Executive has completed the formation of the Executive Council of the fourth-term Government, by inviting 11 members of the society to assist him in policymaking. They 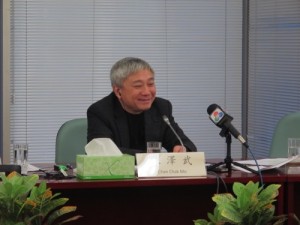 will take their oath on 20 December, when an executive order confirming the appointments will be published in the Official Gazette. Mr Chui said he truly believed the councilors would perform their duties with dedication and integrity, abide by the Basic Law, propel the implementation of the principle “One country, two systems” and strive to serve the community to their best abilities.
The council’s main task it so assist the Chief Executive in policy-making.
The terms of office of the Exco members coincide with the term of the chief executive who appoints all of them.