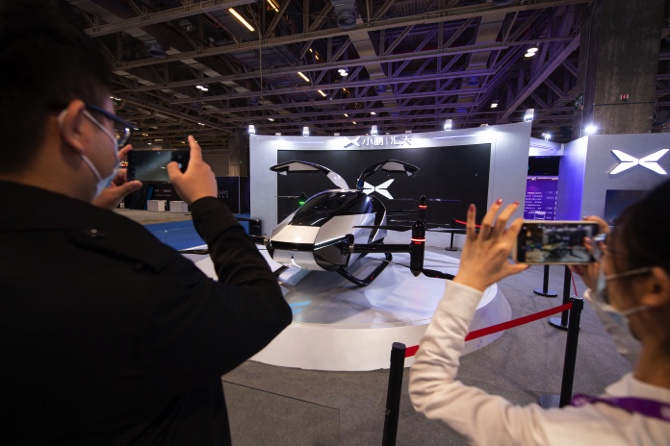 Around 300 multi-national corporations, unicorn companies and startups – including Chinese tech giants Alibaba and Tencent – exhibited their latest achievements at the first Beyond International Technology Innovation Expo.

Jason Ho, expo co-founder and president of the Macau Technology General Association, said the three-day event was focused on exploring future developments in science and technology under the theme of “what’s next.”

Science and technology have changed the way people live and work, and impacted global social issues such as climate change, environmental pollution and the wealth gap, he said.

Zhang Yuzhuo – an academic at the Chinese Academy of Engineering who also heads the China Association for Science and Technology – said at the opening ceremony that the association will help deepen cooperation and talent exchange in science, technology and innovation between the Chinese mainland and Macau, and assist with Macau’s economic diversification and integration into overall national development.

China’s former chief designer for the Shenzhou spaceships Qi Faren expressed his hope that more scientists, researchers and entrepreneurs from Macau will take part in the country’s space cause.

Experts attending the expo also expressed the view that China’s investments in low carbon have nurtured a massive market opportunity worth trillions of dollars, expecting the country to usher in tremendous energy industry changes boosted by government policies.

The expo was hosted by the Macau Technology General Association in collaboration with the Chinese Ministry of Commerce, the State-owned Assets Supervision and Administration Commission of the State Council, the China Center for International Science and Technology Exchange, and the Chinese Medical Association.