Fed up with Portuguese bureaucracy, Madonna plans on moving to Macau 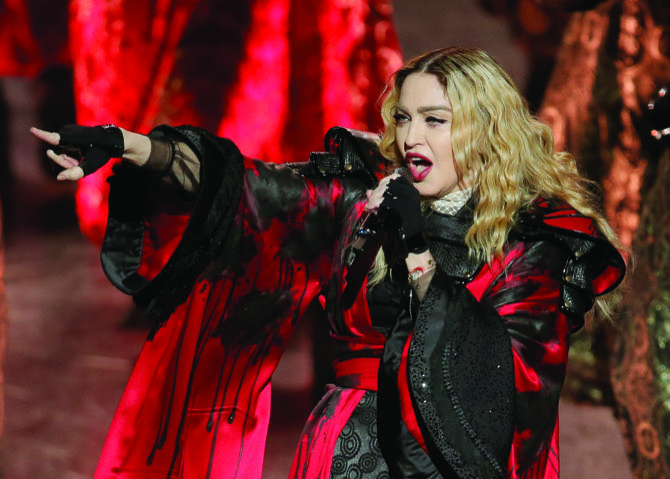 The ‘material girl’ is said to be acquiring “one or two mansions” and other properties in Macau, Spanish media reported yesterday.

According to Atardecer (Madrid), the “mansions” in question could be Casa Garden (which was once sought by Steve Wynn) and/or a large Church-owned property in Cheoc Van overlooking the beach. Other unspecified number of properties are located in new luxury condos in the Macau peninsula and Cotai.

The Times was unable to contact the property owners by press time to confirm reports. A government insider, who asked to remain anonymous, said, speaking in riddles, “all I can tell you is where there’s smoke, there’s fire.”

The reports imply the Queen of Pop is “fed up” by constant clashes with greater Lisbon mayors despite the major investment and attention she has brought to tiny Portugal.

Madonna, who has two kids training at the Benfica football academy, has accused Portuguese authorities of “ingratitude” on several occasions.

In the latest incident, reported last week by tabloid Correio da Manhã, Madonna requested permission from the mayor of Sintra to ride a horse in a 19th century heritage palace in the exclusive coastal town near Lisbon for a video-clip shooting. The mega star’s request was denied by mayor Basilio Horta – a political heavy weight of the center-right spectrum – on the grounds of heritage protection, fearing the ride could cause irreparable damage to the property.

The case was picked-up by Vanity Fair’s French edition. Under the title “A diplomatic incident,” the celebrity magazine calls the incident “a joke” and concludes by teasing that “not even Madonna can do whatever she likes.”

Madonna was in Macau in February 2016 during her “Rebel Heart Tour” with two debut performances that twice filled the 5000-seat Studio City Event Center.

The first time Madonna came to Macau was in 1986 to shoot scenes of the film “Shanghai Surprise,” along with her then-husband Sean Penn, in the old quarters of the city in the Inner Harbor area. One of the reasons to move to Macau, said the Queen of Pop to the Spanish newspaper, was that “Macau is very cinematic.” Staff reporter