Federation of Trade Unions calls for retention of croupier privileges 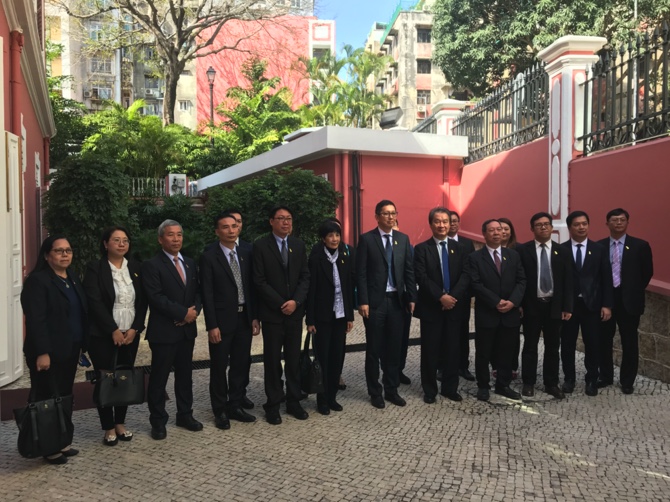 The Macao Federation of Trade Unions (FAOM) has called on the new government led by Chief Executive Ho Iat Seng to retain a policy barring non-locals from taking up work as casino dealers and occupational drivers.

Macau currently protects certain occupations from foreign labor as a means of keeping the unemployment rate low. The latest data provided by the Statistics and Census Service showed the unemployment rate of local residents was 2.3% in the three-month period from September to November 2019.

The workers’ representatives asked Ho to continue Macau’s traditional labor policies of not allowing non-local workers to work as casino dealers and occupational drivers. According to Lee Chong Cheng, president of the FAOM and member of the Executive Council, Ho assured the group of the continuation of these two policies.

In April, Ho will present his first policy address at the Legislative Assembly. Before that, Ho will visit the Macau Federation of Trade Unions to listen to the sector’s opinions on Macau’s workers’ policies, including opinions on the amendment of the labor rights law.

Before Ho’s first policy address, the FAOM will submit to Ho its opinions on illegal workers, tour guides, and construction workers.

In April, the Legislative Assembly rejected, for the 10th time, the establishment of a trade union law in Macau.

During Friday’s meeting, the association did not raise topics concerning the trade union law nor the cash handout scheme.

Instead, the federation raised its concerns about the vulnerability of workers to the unidentified influenza outbreak on the mainland.

The FAOM recommended that Ho carefully monitor the recently unidentified influenza cases reported in mainland China, and to specifically care about casino workers. According to the FAOM, the local government has already issued instructions to local casinos to carry out measures to prevent relevant influenza cases from spreading in Macau. Casinos should measure the temperature of certain types of visitors.

The FAOM explained that casino workers, such as dealers, are in contact with a large number of visitors on a daily basis, and are therefore at a higher risk of becoming infected with influenza.

The association hopes the local government will allow casino workers to wear masks on duty to avoid being infected. Casinos should also enhance sterilization practices at their facilities, in addition to keeping fresh air in circulation.