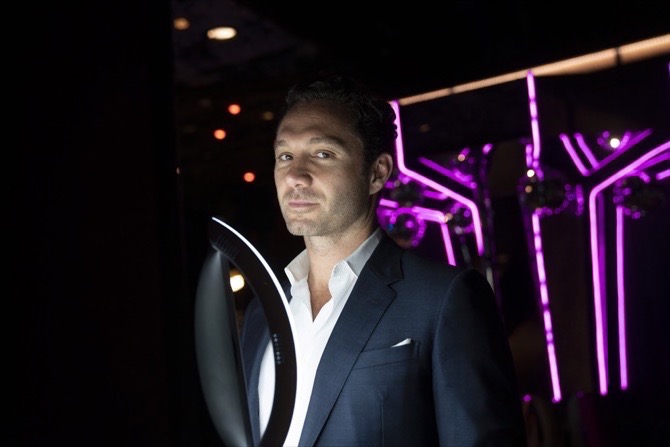 Tao Group, the U.S.-based nightlife and restaurant company, this month opened Singapore’s biggest night club – with an indoor ferris wheel and three-story slide – as its partner Las Vegas Sands Corp. gears up to invest more than USD3 billion in the city-state.

The 2,300-square meter club located at the iconic Marina Bay Sands resort is Tao’s attempt to establish itself in a country that’s seen record tourist numbers boosted by the Hollywood blockbuster “Crazy Rich Asians.” With its carnival theme and gilded cage bars, the venue can accommodate about 2,000 party-goers.

“This is a booming country in so many ways, we should be here,” Jason Strauss, Tao’s co-founder said in an interview on Friday at the new Marquee club in Singapore. “It’s a big plus too to have a partner like Marina Bay Sands to give us the support to enter a new market.”

Marquee is the second of Tao’s four planned ventures in Singapore, after opening Italian restaurant Lavo on the rooftop of the Marina Bay Sands in January last year. Next will be Avenue, a speakeasy-style lounge and Koma, a Japanese eatery and sushi bar.

Tao, whose U.S. nightclubs and high-end restaurants were said to once be frequented by the fugitive Malaysian financier Jho Low, is now focused on building its brand in Singapore. In the Asia Pacific region, the city state is its only presence outside of Sydney and the one place, according to Strauss, where it’s expanding.

“We’ve had incredible energy in here,” he said. “To build our most dramatic, our most beautiful and our most technologically-advanced nightclub in the entire portfolio, that was super exciting for us.”Ranjeetha Pakiam, Joyce Koh, Bloomberg