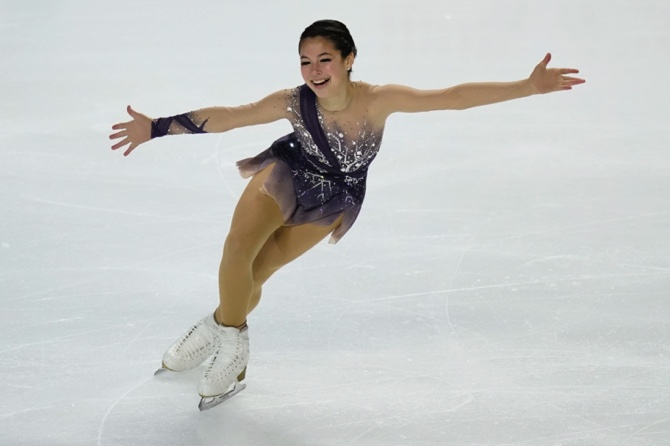 Alysa Liu already has won a pair of U.S. figure skating championships, breaking Tara Lipinski’s record for the youngest winner at age 13 and then defending her title with an incredible free skate the following year in North Carolina.

No wonder the sprightly skater from Northern California isn’t feeling much pressure at nationals this week.

“I think I’ve basically blocked out, like, everybody’s expectations of me,” said Liu, now 16. “I don’t know how I did it. But last year I really changed my point of view. And I don’t really feel that much pressure. I’m not really nervous, either.

“Actually,” she said, “this feels better than all the other nationals I went to.”

Which is a good thing.

There’s more at stake than ever before.

Liu wasn’t old enough to qualify for the 2018 Pyeongchang Games, so this week represents her first chance to earn a spot on the U.S. Olympic team. And while she has yet to perform to her own lofty standards or expectations this season, Liu still represents the best chance for an American woman to knock the heavily favored Russian team from one of the podium steps at the Beijing Games next month.

Liu’s season-best score of 219.24 points at the Lombardia Trophy, a competition a level down from Grand Prix events, would be the fifth best of any potential competitors in China. And while the gap to Russian record-setter Kamila Valieva is about as wide as the Pacific Ocean, the gap to a spot on the medals stand certainly is within reach.

All of which makes it counterintuitive that Liu feels so free at this year’s national championships, which begin Thursday night at Bridgestone Arena and continue through the weekend.

“I feel the best going into this because I’ve started to care less about, like, the expectations,” Liu said. “So it feels good not to have that pressure, and now skating is more fun. I’m skating with friends, and that makes it better. Just not caring what other people say because I feel like some people — I just feel like I stopped hearing what other people are saying because I realize how silly they sound. Honestly, I don’t even know. I just matured.”

There has been plenty of buzz around Liu since her 2019 national championship in Detroit.

In a flash, Liu was anointed America’s next golden child, with a uniquely American backstory: the daughter of a Chinese immigrant-turned-attorney whose fandom for Michelle Kwan helped to guide the oldest of his five children — all conceived through an anonymous egg donor and surrogate mother — to the rink at the age of 5.

The spotlight shone hot and harsh. Every move that Liu made was analyzed and dissected, even as she soared to a pair of junior Grand Prix victories during the 2019-20 season that stamped her as an Olympian-in-waiting.

Then came the pandemic. And a growth spurt. And the third American woman ever to complete a triple axel in competition, and the first to land a quad lutz, suddenly began to struggle with elements in her routine that she once took for granted.

She struggled to fourth at last year’s nationals and failed to medal in her two Grand Prix assignments this season, finishing fifth at Skate Canada in October and fourth at the NHK Trophy in November. MDT/AP