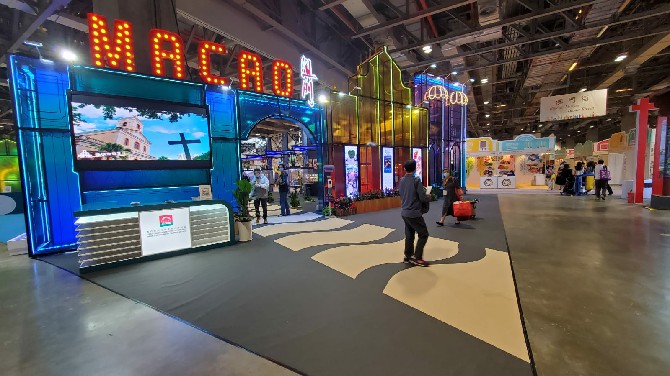 Secretary for Economy and Finance Lei Wai Nong has pledged that the government will attract large-scale international conventions and exhibitions to Macau on a continuous basis.
Furthermore, the government has joined with some cities in the Greater Bay Area (GBA) to accommodate the city’s Meetings, Incentives, Conventions and Exhibitions (MICE) industry practitioners for site studies and visits.
The news was recently revealed when a delegation from the Macao Convention and Exhibition Association visited the senior official.
At the meeting, Lei complimented the industry for showing resilience during the Covid-19 pandemic, which struck the industry hard. In order to support the development of the industry, Lei made the aforementioned pledge and announced the aforementioned news.
Song Xiaodong, president of the association, voiced six suggestions to the senior official. First, the government is suggested to enhance its instruction and support for the industry. Second, incentive measures for the industry should be refined. Third, government resources should be integrated to expand support for the industry. Fourth, the image of Macau as a safe, multicultural city should be highlighted further. Fifth, the industry should be integrated into the mainland. Sixth, support from the mainland for the local industry should be requested.
Association vice president Ho Hoi Meng proposed that the government pick a land plot that it had reserved to build an area that highlights Macau as a UNESCO Creative City of Gastronomy, which will house local specialty shops and restaurants that earn accolades. AL