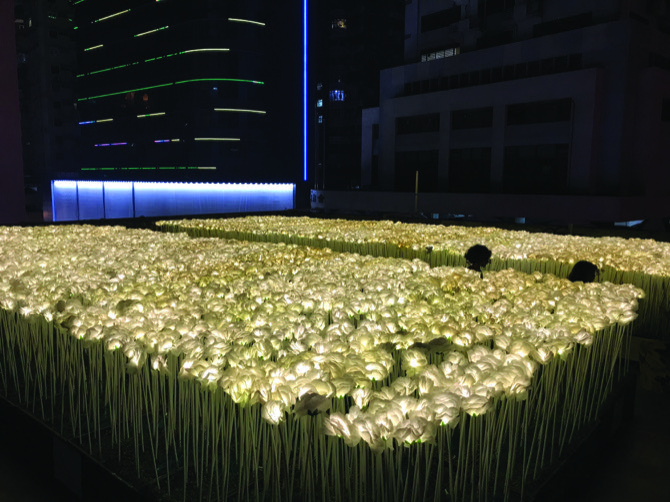 A fire that broke out last month on the rooftop of the Macau Art Garden destroyed a light installation that had been relocated from the popular Macao Light Festival, but nobody was hurt.

According to information provided yesterday by the Public Security Police Force (PSP), a fire broke out at approximately 3 a.m. on Feb. 24 at the building, located on Avenida do Dr. Rodrigo Rodrigues, in ZAPE district.

The fire was spotted after office hours by several police officers patrolling the area, who immediately contacted the Fire Services. The building is located just across the road from a PSP station.

Upon investigation, it was discovered that the fire was caused by an electrical failure from the light installation on the building’s rooftop. A large plume of smoke coming from the area could be seen in the early hours of the morning and reports said that the residents of nearby buildings could smell the fumes.

The PSP told the Times that there were no injuries from the fire. The Force also said that the cause of the fire was not suspicious.

An associate of the Macau Art Garden confirmed to the Times that the entire installation was burned and is now not usable im future years. Previously it had been used in both the 2018 and 2019 Macau Light Festivals and proved popular with both locals and tourists, according to organizers. DB 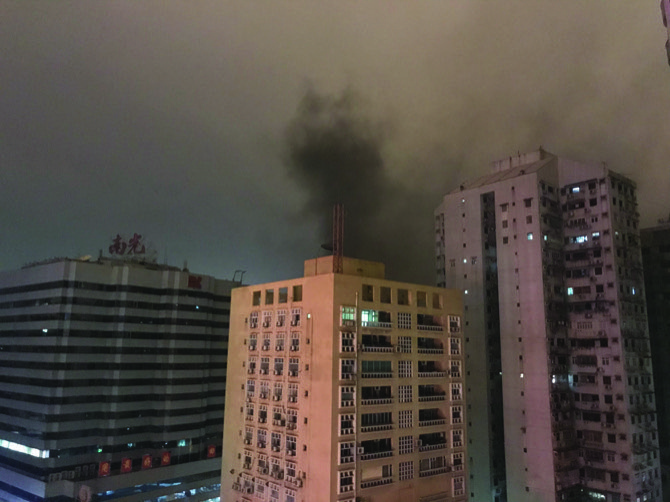