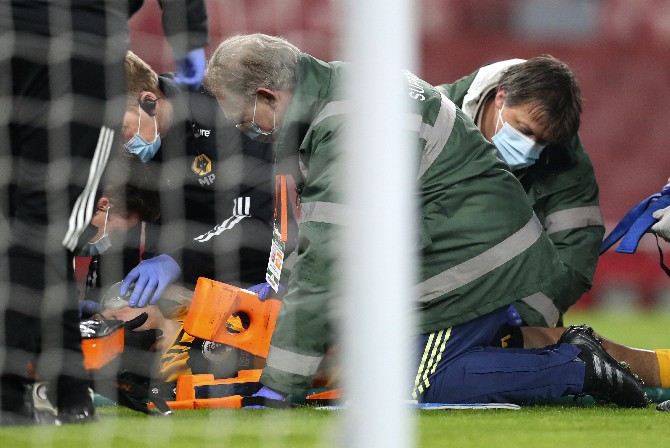 The sound of the thud from a clash of heads just added to concern.
The game was only five minutes old at the Emirates Stadium when Wolverhampton forward Raul Jimenez and Arsenal defender David Luiz collided while jumping for the ball.
The emptiness of the Emirates Stadium — with fans still excluded until next week due to the pandemic — made the troubling sound all the more audible.
Concerns grew as Jimenez appeared motionless and was eventually wheeled off the field with an oxygen mask on.
“I knew straight away that something was wrong,” Wolves manager Nuno Espirito Santo said. “Everyone called ‘red, red,’ which means it’s a bad situation. You see the panic in their eyes.”
By the time the Premier League game ended — with Wolves beating Arsenal 2-1 — there was a more encouraging update from the London hospital with Jimenez said to be conscious and talking.
One of the lingering concerns, though, was why a bandaged and bloodied Luiz played on until the interval at a time when there is growing scrutiny into the long-term impact of head injuries. Trials of concussion substitutes are only due to begin in 2021.
Arsenal maintained that Luiz never lost consciousness.
“They have some tests they have to do before they put him back on the pitch, and then David was just concerned about the cut, nothing else,” Arsenal manager Mikel Arteta said. “They will continue to do some checks in the next few hours but he was fine.”
The result was not fine for Arteta, with Arsenal languishing in 14th place and eight points off the lead after 10 games. That leader, unusually, is Tottenham, which drew 0-0 at Chelsea.
Another former Premier League champion avoided a day as miserable as Arsenal’s. Manchester United fought back from two goals down to win 3-2 at Southampton. MDT/AP 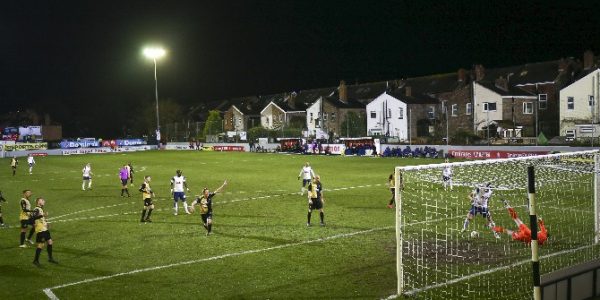 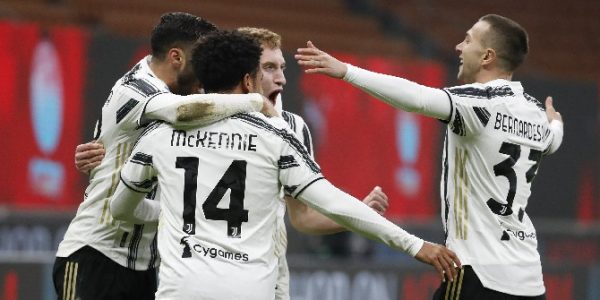