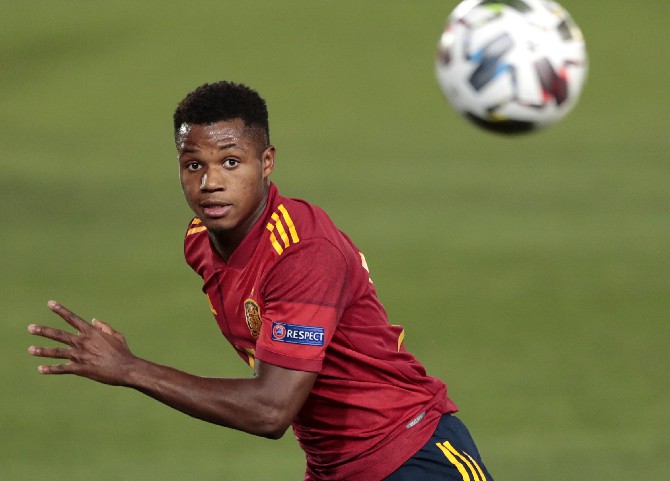 Teenager Ansu Fati became the youngest player to score for Spain in a 4-0 win against Ukraine in the Nations League yesterday [Macau time].
Fati scored Spain’s third goal from outside the area in the 32nd minute to become the country’s youngest scorer at the age of 17 years, 311 days. The previous record was held by Juan Errazquin, who scored for Spain in 1925 at 18 years, 344 days.
Fati started his strong performance by dribbling past Oleksandr Tymchyk before he was tripped by Serhiy Kryvtsov in the area. That set up Sergio Ramos to go to the penalty spot in the third minute and score his first of two goals.
Spain coach Luis Enrique said he had rarely seen the level of confidence that Barcelona forward Fati has displayed with the national team since his debut on Thursday against Germany.
“It is not normal,” Luis Enrique said. “At his age it is very easy for the hype to get to you, but Ansu is mature enough to stay on the path that he is following. He is level-headed and with his feet on the ground.”
Ramos got his second with a header in the 29th, netting his 23rd international goal to move level with Alfredo Di Stéfano as Spain’s eighth all-time leading scorer.
New Manchester City signing Ferran Torres capped the win with a goal in the 84th after coming on as a substitute.
Spain leads its Nations League group with four points after Germany drew 1-1 with Switzerland. Ukraine has three points, Germany two and Switzerland one in Group 4 of League A. AP 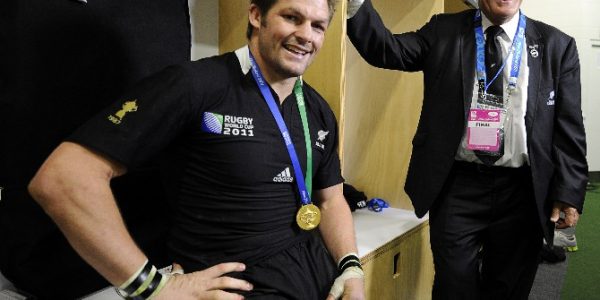