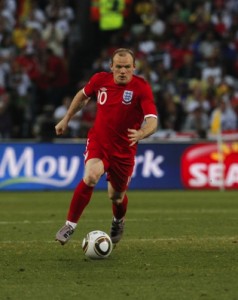 The first “Week of Football” in qualifying for the 2016 European Championship could be a feast of goals for the continent’s major powers.
The second and third rounds of games in each of the nine groups will be spread from today to Tuesday, with UEFA keen on “shining the spotlight on more teams” on the road to France.
For the less-heralded nations, it could simply expose their deficiencies to a wider audience.
Spain, Italy and England all started their qualifying campaigns with wins, and easy-looking upcoming fixtures should ensure they stay on 100 percent records. Netherlands should also rack up the goals at home against Kazakhstan as it looks to bounce back from an opening-round loss to the Czech Republic.
Things may be tougher, however, for world champion Germany, which visits neighbor Poland, and Cristiano Ronaldo’s Portugal, which is seeking a win in Denmark to make amends for a surprise opening loss to Albania.
Here are some things to know about the upcoming qualifiers for Euro 2016:
CHANGING SPAIN: Spain heads to Slovakia and Luxembourg aiming to hone a more direct style of play more suited to dynamic striker Diego Costa.
Coach Vicente del Bosque wanted to base an attacking game around Costa during the World Cup, but the striker was not fit when he arrived in Brazil after struggling with niggling injuries at Atletico Madrid since April.
The Brazil-born player has been a revelation this season at new club Chelsea, scoring nine goals in his first seven games in the English Premier League.
“Diego Costa wants to vindicate himself and score goals,” Barcelona forward Pedro Rodriguez said. “He is eager to help the squad and is conscious that things haven’t so far worked out as intended.”
Spain, the two-time defending European champion, opened Group C by beating Macedonia 5-1.
MAESTRO RETURNS: Midfield maestro Andrea Pirlo could return to Italy’s team for the first time since reversing his decision to retire from international football, ahead of matches against Azerbaijan away and Malta at home.
Pirlo said before the World Cup he would quit the national side but changed his mind when former Juventus coach Antonio Conte was confirmed as Italy’s new coach.
“Pirlo was very convinced about his decision,” Juventus and Italy teammate Leonardo Bonucci said. “Thankfully he went back on it. That’s a credit to the coach, too. Conte convinced him with an exciting project, which is what he instilled during his time at Juventus.”
Pirlo, a technically gifted holding midfielder, was called up on Monday to replace the injured Giacomo Bonaventura despite having returned from injury only last weekend for his first match of the season.
Conte has won both of his opening matches in charge 2-0, one of which was against Norway in Group H.
TESTS FOR GERMANY: Germany coach Joachim Loew considers the matches against Poland and Ireland as “key games” against the only two opponents that have a realistic chance of challenging the world champion for first place in Group D.
Loew’s squad includes 15 World Cup winners and one newcomer, Karim Bellarabi, an attacking midfielder from Bayer Leverkusen. Bellarabi was on loan last season to Eintracht Braunschweig and could not even secure a regular place in the starting 11 on the team that was demoted. But he impressed enough in only seven Bundesliga matches this season that he was picked by Loew and could get his first cap.
Bellarabi got the call partly because Loew is missing regulars through injury, including Bastian Schweinsteiger, Sami Khedira and Marco Reus.
HIDDINK HOPE: New Netherlands coach Guus Hiddink is still searching for his first win after two matches of his second spell in charge, when his team takes on Kazakhstan at home and Iceland away.
Midfielder Wesley Sneijder believes complacency after its third-place finish at the World Cup may have cost the Netherlands dearly in losing a friendly to Italy and its first Euro 2016 qualifier against the Czechs.
“Maybe subconsciously after the World Cup, we thought it would all just happen for us,” Sneijder told Dutch website Nu.nl. “We played a great World Cup and that led to great transfers for some players. But now we all start at zero again.”
The Netherlands will be without right back Daryl Janmaat (hamstring) but the forward line is strengthened by the return from injury of in-form Bayern Munich winger Arjen Robben.
ELSEWHERE: England won what is likely to be its toughest match in Group E, away to Switzerland, last month to ease some of the pressure that had been growing on coach Roy Hodgson.
Hodgson should be able to relax when he sends his team out against San Marino and Estonia, with Wayne Rooney available amid a domestic suspension for kicking an opponent.
World Cup quarterfinalist Belgium begins its campaign with games against Andorra and Bosnia-Herzegovina.
Portugal plays France in a friendly before travelling to Denmark, with coach Fernando Santos starting an eight-game international touchline ban for misconduct at the World Cup when in charge of Greece.
The top two teams in each group qualify automatically, as does the best third-place finisher. All other teams finishing third go into the playoffs. Steve Douglas, Sports Writer, AP