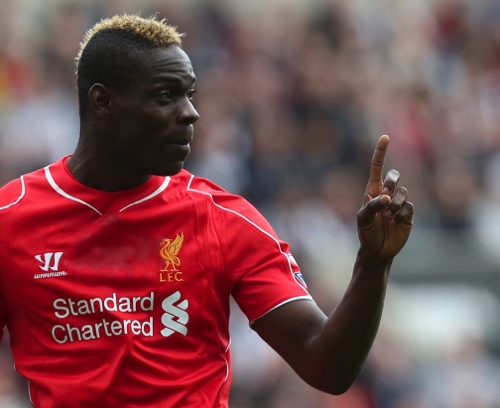 Liverpool striker Mario Balotelli is facing an investigation from the English Football Association after a post on social media site Instagram was criticized for being racist and anti-Semitic.
Balotelli uploaded a picture of the video game character Super Mario, with whom the Italy international shares a nickname, with text around the image including “jumps like a black man and grabs coins like a Jew.”
“We are aware of it and we are looking into it,” the FA said yesterday.
Balotelli, who has been subjected to racial abuse on numerous occasions, posted the image of the computerized character on Monday with the heading “Don’t be a racist.”
The text also read: “Be like Mario. He’s an Italian plumber, created by Japanese people, who speaks English and looks like a Mexican.”
Balotelli tried to defend the post as criticism began to intensify online by writing on Twitter: “My Mom is Jewish so all of u shut up please.”
But he soon deleted the image from his Instagram account before further backtracking yesterday.
“I apologize if I’ve offended anyone. The post was meant to be anti-racist with humour,” Balotelli wrote on Twitter. “Not all Mexicans have moustache, not all black people jump high and not all Jewish people love money.
“I used a cartoon by someone else because it has Super Mario and I thought it was funny and not offensive. Again, I’m sorry.”
Under FA guidelines regarding social media, Balotelli could be suspended for at least five games if found guilty. AP