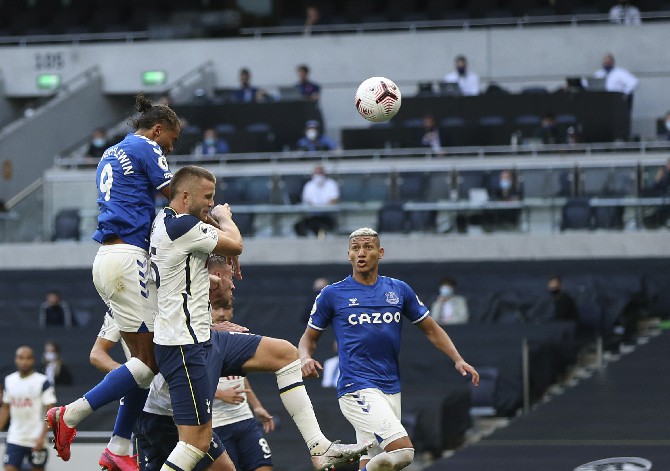 Twenty years into his managerial career, Jose Mourinho recorded an unwelcome first: Making a losing start to a league season.
“I didn’t like my team,” the Tottenham manager said after Dominic Calvert-Lewin’s second-half header gave Everton a 1-0 win in the Premier League yesterday [Macau time].
For all that Everton was dynamic — with James Rodriguez and Allan controlling the midfield on their debuts — Tottenham was ineffective going forward.
Tottenham was reliant on Harry Kane as its attacking outlet, and the England forward managed only two touches in the Everton penalty area.
“The struggle started in the way we pressed — or the way we didn’t press,” Mourinho said. “Our pressure up (front) was very, very poor. It was a lazy pressure and when you have lazy pressure you let opponents build from the back.”
It was a miserable way for Mourinho to start his first full season in charge of Tottenham.
But it was the perfect start for Everton manager Carlo Ancelotti, who took charge midseason last year like Mourinho. This was the first time Everton had won away at one of the traditional top-six clubs since December 2013.
Tottenham defenders Eric Dier and Toby Alderweireld gave Calvert-Lewin the space to rise to meet Lucas Digne’s free kick with a header 10 minutes into the second half.
“It can be a lonely role at times,” said center forward Calvert-Lewin. “But today, because we’ve worked hard and won our individual battles, it allowed us to play and we can create chances.
“I was excited. I couldn’t wait to play today. Not only the first game of the season, but with the quality we’ve brought in as well.”
Quality such as James Rodriguez, who at 29 is trying to revitalize a career that never settled at Real Madrid, which he joined after lighting up the 2014 World Cup with Colombia. James has been reunited with Ancelotti, who coached James at the start of his Madrid career and took him on loan to Bayern Munich.
In only his second match since February — having played once for Madrid in June — James still looked sharp on the ball, which he was pinging across the field with precision as he created five chances.
Allan, another player who has been reunited with Ancelotti, was also commanding in midfield.
“The signing of James and Allan has been a big bonus for us,” said Abdoulaye Doucouré, who also made his debut in the Everton midfield.
“We worked very hard today, the week was brilliant. The manager was focused on this game and we are very happy to have the win at the end. We’ve not had too long together.”
The manner of the performance — and Calvert-Lewin’s match-winner — spared the blushes of Richarlison who missed an open goal in the first half after rounding goalkeeper Hugo Lloris.
Richarlison at least avoided the scorn of Tottenham fans as spectators are still prohibited from stadiums due to coronavirus pandemic restrictions.

INSTANT IMPACT
There was also a debut to remember for Timothy Castagne at Leicester. A defensive signing from Atalanta, Castagne made an impact at the other end by heading in a cross from fellow Belgian Dennis Praet in the 56th minute to set Leicester on its way to a 3-0 victory over promoted West Bromwich Albion.
“He defended well, attacked and … he will run all day and looks to get in the box,” Leicester manager Brendan Rodgers said.
Jamie Vardy then netted two penalties in 10 minutes — the first after the striker was pulled back by Kyle Bartley and the second after James Justin was brought down by Dara O’Shea.
The 33-year-old Vardy scored 23 times last season to finish as the Premier League’s top scorer.
“There are many top strikers at this level but any team would want someone like him in there,” Rodgers said. “He’s super cool, clinical and has still got pace and running ability … It’s a great start for him to score two goals and very good for the team.”
West Brom goalkeeper Sam Johnstone denied Harvey Barnes and Vardy, while Matheus Pereira saw a low effort saved by Kasper Schmeichel in the first half. But a low-key game sparked into life after 56 minutes as Leicester grabbed the opener to take control. ROB HARRIS, LONDON, AP 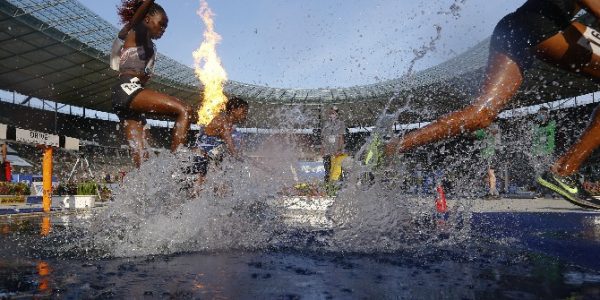