Football | Waiting for Messi, Barcelona to start season vs Villarreal 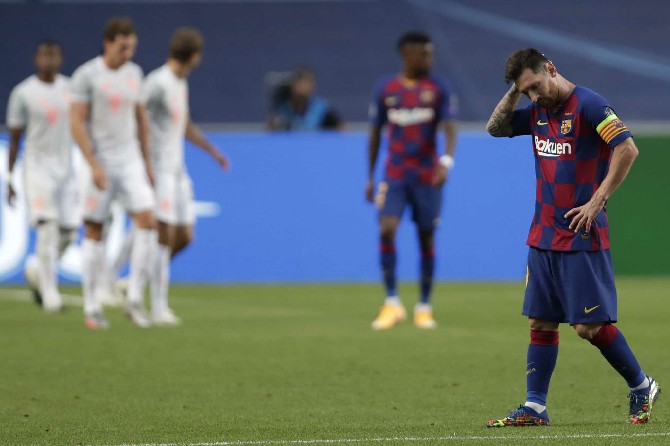 With or without Lionel Messi, Barcelona already knows it will start its season at home against Villarreal at the end of September.
The Spanish league announced its calendar yesterday [Macau time], and the first round is scheduled for the second weekend of September. But Barcelona and other teams who played later into this past season will have some of their games postponed so they have time to prepare.
All matches will continue to be played in empty stadiums. The league hoped at least some fans would be allowed into matches, but Spain has been struggling to contain a new surge of coronavirus cases.
Messi, who last week told Barcelona he wants to leave, skipped the team’s first day of training. He had already been a no-show on Sunday as the squad underwent coronavirus testing at the club’s training center. He wants to leave on a clause that allows him to leave for free at the end of the season, but Barcelona said that clause has expired. It wants the Argentine great to stay at least until the end of his contract in June 2021.
There is no sign of how long the dispute is going to last, as neither the club nor the player appear to be willing to make concessions.
Barcelona’s first match would have been against promoted Elche at Camp Nou Stadium, with the second against Athletic Bilbao.
The first clásico against Real Madrid will be in late October, also at Camp Nou. The second will be on April 11 in Madrid.
Real Madrid, which also returned to training this week, will debut in the second round at Real Sociedad. Only Madrid’s first-round game was postponed as it didn’t reach the Champions League quarterfinals.
Atlético Madrid has been given the first two rounds off, and will start against Granada at home.
The league is scheduled to finish in May 2021. AP