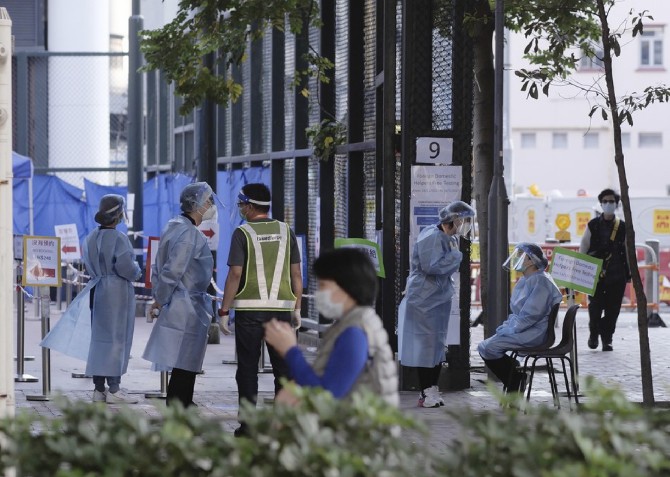 Hong Kong has reserved a hotel with about 400 rooms to house domestic workers entering the city as part of special arrangements negotiated with the government of the Philippines and Indonesia.
In a press conference on Tuesday, Hong Kong Chief Executive Carrie Lam clarified that the government could not allow thousands of foreign domestic helpers to enter every week, putting the city at risk of further Covid cases.
Such cases, whether discovered at the airport or during the quarantine period, would overload the Hong Kong public hospital system, she said.
“I would ask the employers of foreign domestic helpers to be more patient with the system because they will not be able to welcome their foreign domestic helpers back in a very short period,” Lam announced.
“If there are a few thousand being stranded in the Philippines and Indonesia, it will need quite a bit of time to allow them to come back in an orderly manner,” the official added.
The neighboring city is allowing foreign domestic workers to return to the region under special measures.
From next Monday, its government will begin approving the entry of fully vaccinated Filipino domestic helpers.
The arrangement will require them to wait out their 21-day mandatory quarantine in a designated hotel.
“It’s the balance that we are always trying to strike – on the one hand to meet the essential needs of the Hong Kong residents, but on the other hand to keep Covid-19 at bay, that is to reduce as much as possible the chance of importing Covid-19 cases from abroad,” Lam explained.
She added that such arrivals through the special arrangements “have to be rationed and controlled.”
Currently, Macau has no plans to adopt such a measure despite many local families are finding it difficult to hire domestic employees.
The government has reaffirmed that they do not see any possibility of allowing the import of workers from high-risk countries, a classification which includes the Philippines, Indonesia and Myanmar.