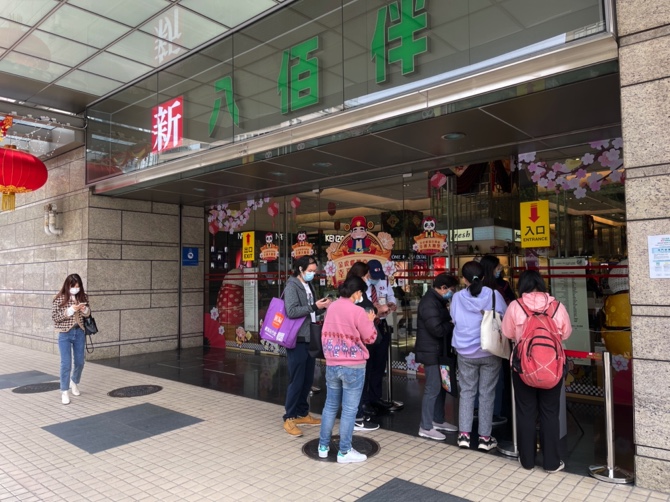 His post outlines his dissatisfaction with the government’s explanation about why the app needs to read users’ website browsing records while it operates.

Over the weekend, the former lawmaker discovered in the terms and conditions that the app would “automatically record […] the websites browsed at the time when the app is used.”

Sou further criticized the stipulations that allow the government to monitor the websites users have browsed or are browsing, which is a violation of personal privacy. This claim differs from the claims made by government officials — including public health doctor Leong Iek Hou, division head of contagious disease control and prevention of the Centre for Disease Control and Prevention — that the data collected will only be stored on the users’ devices.

Confirming that one has read the terms and conditions is a requirement for anyone downloading the app to use it and participate in footprint tracking.

The Novel Coronavirus Response and Coordination Centre issued a statement that same evening in response to the former lawmaker’s online complaints.

The centre defended the app’s operation, stating that the content of the terms and conditions feature “a type of common declaration used by similar software,” adding that part of the app’s function was developed using websites.

“It needs to record the condition when these websites are opened, such as whether they are successfully opened and when the interface returns to the app, so as to judge if there is any problems during use,” the statement outlined.

The centre further stressed that only the Health Bureau’s website will be recorded when the app is used, promising that no other browsing history will be saved. “It has no bearing on personal data breach or leakage,” the statement added.

Commenting on the app, Sou said that, based on information currently available, the public still cannot effectively verify and monitor the reliability of the app in terms of data privacy.

In a previous interview, former lawmaker Au Kam San told the Times that “the government has never given enough confidence to the public,” when he was asked whether he was convinced by the government’s promise about data privacy.

Sou also pointed out that, although the government has reiterated that the use of footprint recording is “encouraged but voluntary”, it has been distorted by the operators of commercial, medical, and other types of establishments to become “de-facto mandatory”.

He concluded that the public has still not seen any legal grounds to support individuals being barred from entering certain venues if they do not use the footprint recording function.

It is also not clear if user counts collected during this proclaimed voluntary but de-facto mandatory use period are meaningful, in research terms, for evaluating the introduction of mandatory footprint recording that the government has been hinting.

During the initial phase, the government, represented by Secretary for Social Affairs and Culture Elsie Ao Ieong and director of the Health Bureau Alvis Lo, said that the use of the footprint recording function is voluntary and “residents [are] encouraged to use the function.”

Later, government statements dropped the use of the word “voluntary” but it maintained that “residents are encouraged to use the function.”

The latest statement from the government issued yesterday, which came with an infographic, declared that “entrants to public offices ‘should’ record their visitations.”

It is unclear whether the government is downplaying the voluntary nature of the footprint recording function.

In his previous interview, Au said that the requirement to use the footprint recording function can be needlessly repetitive. He pointed out, for example, a similar app in Hong Kong requires users to scan various QR codes at different parts within a building, such as in different department stores in a shopping mall. Au said that this should be discouraged in Macau because it can become annoying to users and is an “obstruction to movement.”

Locations requiring entrants to use the footprint recording function have been seen with crowds standing in front of building doors scanning codes and waiting for the mobile devices to conclude the procedure.

With the government strongly discouraging events that may attract crowds during Lunar New Year, it has so far not addressed the bottlenecking at entrances of such establishments.