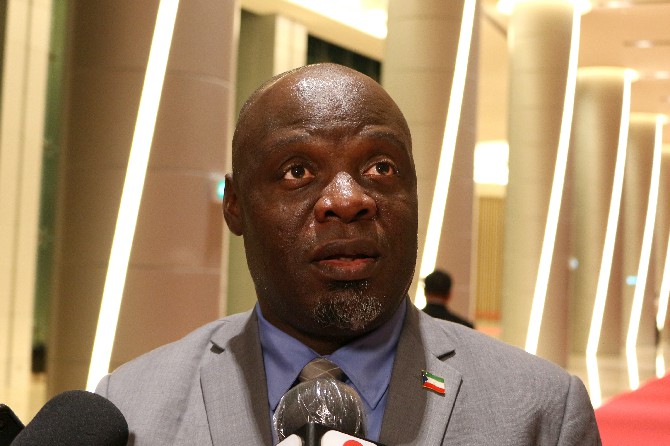 The members of the Permanent Secretariat of the Forum for Economic and Trade Cooperation between China and Portuguese-speaking Countries – Macau (Forum Macau) have greenlit the inclusion of Equatorial Guinea as a member of the Forum Macau.
Such a conclusion was reached during yesterday’s sixteenth regular meeting of the Forum Macau and that counted with the presence of around 30 participants.
Exiting the meeting, the Portuguese Ambassador in Beijing, José Augusto Duarte, confirmed the recommendation for the inclusion of the central African country, saying that such recommendation will now be presented to the Ministers representing all the member countries and regions for a final discussion at the ministerial level that will happen in October this year.
“The inclusion of Equatorial Guinea was recommended to the Ministers so that they can analyze [the matter] in October. They will then decide whether to approve the inclusion,” Duarte said, adding that the planning of the ministerial level special meeting was the topic that took the most time from yesterday meeting.
The Portuguese Ambassador also added that such recommendation comes from the fact that Equatorial Guinea has submitted an application to be a member and taking into account that the country is already a member of the Community of Portuguese Language Countries (CPLP).
According to Duarte, the Special Ministerial Meeting does not yet have a final date set but will be tentatively held on the last week of October in a mix between offline and online participation. 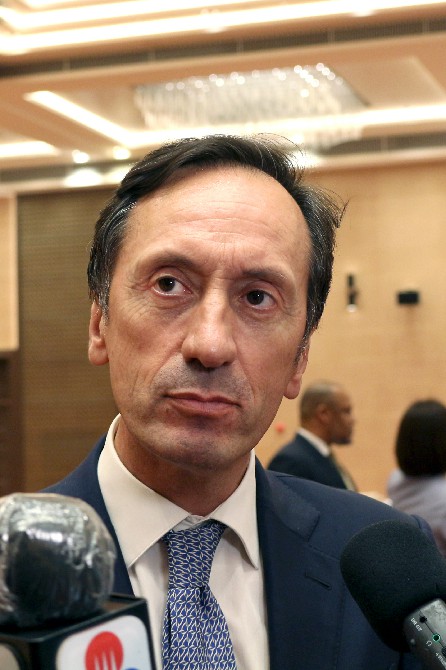 Human rights out of the table
Questioned whether the current human rights situation at Equatorial Guinea has been part of the discussion, the Portuguese Ambassador to Beijing said that the meeting is not the right place for such discussion. However, he considered the matter as relevant.
“It was not in context. It is a relevant matter but it is not the context of this meeting. For sure there will be a proper place to raise this matter,” he said.
The country and namely the government of President Teodoro Obiang Nguema Mbasogo has been under international scrutiny for several years, being widely accused of corruption and repression of civil and political rights for several organizations, including the Human Rights Watch (HRW).
Mbasogo is Africa’s longest serving leader and has been in power for over 40 years.
According to HRW, the vast majority of Equatorial Guinea citizens are denied their economic and social rights, including access to health care and primary education, despite the country’s high revenues (Africa’s third-highest per capita income), namely coming from oil production.
Unlawful killings by security forces, government-sanctioned kidnappings, and torture of prisoners and detainees are some of the other accusations made to the government of Mbasogo over the years.
Speaking also on the sidelines of the meeting, Equatorial Guinea’s Chargé d’Affaires at China’s Embassy, Camilo Ochaga Esorio Afana, noted that human rights were not raised in yesterday’s meeting but that the topic has been addressed on several occasions.
“Since we submitted the request to join the Forum Macau, both Forum Macau and the CPLP have established certain conditions. We are fully complying to these conditions. In 2014 we adopted a moratorium for the application of the death penalty. It is completely abolished,” Afana said.

Representative claims the full right for membership
Also exiting the meeting, Equatorial Guinea’s representative said that the inclusion of the country in the Forum Macau group is a matter of right.
“If there is a group of countries between Macau and a group of Portuguese-speaking countries, obviously the Equatorial Guinea, as a Portuguese-
speaking country, also feels that it should be part of it as a ‘brother country’ as it makes no sense to leave some ‘brothers’ out while others are [part of],” Afana said, justifying the country’s bid to be a member.
Questioned if the country is also looking for added investments from China, Afana said, “The investments between China and Equatorial Guinea have always been mutual. There are several aspects in which we need something from China as China looks for something from us such as oil and wood, among others,” he remarked, noting that the support at a financial level as well as in the development of human resources in Equatorial Guinea by China is of great relevance.
“When China offers to train some of our students in their universities, they are not just training a small number of people. This will have a much larger repercussion that can reach thousands of people,” Afana concluded.