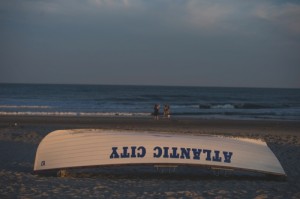 New Jersey Governor Chris Christie said the road to Atlantic City’s recovery will be bumpy and he remains committed to turning around the casino resort.
Christie, a 51-year-old Republican, said he’s “plugged in” to efforts to reverse the city’s decline and will do all he can to keep open the 11 gaming establishments that account for almost half of the city’s jobs.
The growth of regional competitors in Pennsylvania, Delaware, Maryland and New York have cut casino revenue in the city to USD2.86 billion last year from $5.07 billion in 2006, according to Bloomberg Industries. Christie called for a “bipartisan summit” on the planned closings of gambling houses including Caesars Entertainment Corp.’s Showboat and Trump Plaza Hotel & Casino.
“I’m engaged, we’re working and we’re going to do everything we can to make sure that everyone is safe, secure and employed,” Christie said at a public meeting in Ocean City attended by more than 100 casino workers. “We can’t order a private business to create jobs.”
The workers, who held signs and chanted, said they want the governor to explore whether he can direct the casinos to remain open through the Casino Control Commission or state Division of Gaming Enforcement.
The Atlantic Club shut in January, putting 1,600 people out of work. The closing of the Showboat on Aug. 31 will eliminate 2,133 jobs. Trump’s closing, set for Sept. 16, will take away 1,009 more. Revel AC Inc.’s hotel and casino, which employs 3,106 people, is seeking a buyer in bankruptcy.
Showboat owner Caesars, meanwhile, is planning to open a new casino in Baltimore.
“To just take your ball and go play somewhere else is just not right,” said Ruth Ann Joyce, who spent 28 years as a bartender at Showboat. “We’re talking about 8,000 families unemployed. This was a cash cow for the entire state for 36 years. To kick us to the curb at this point is unacceptable.” Bloomberg