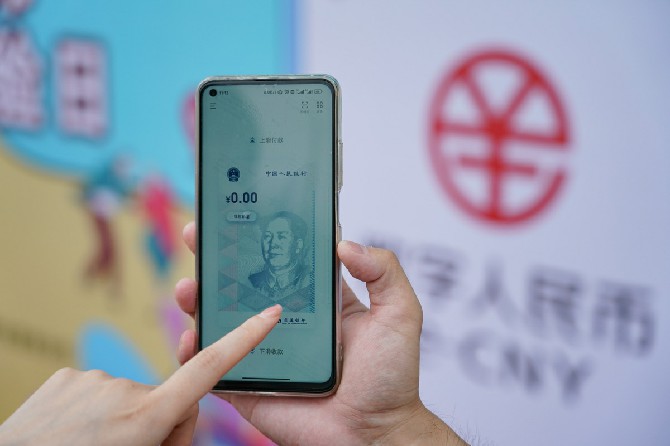 Beijing is using digital currency to close the “black hole” that local casinos have dug over the past two decades, said Ben Lee, managing partner of IGamiX Management & Consulting, at a business event.
Lee gave a talk on the topic at yesterday’s breakfast briefing hosted by the British Chamber of Commerce in Macao (BritCham).
Experientially, the city’s gross gambling revenue (GGR) peaked in 2013 at USD45 billion. Lee stressed that this was the amount received by local casinos, not the actual amount of cash that gamblers had brought into Macau.
Statistically, the GGR is about 20% of total money flow into Macau. From the 2013 GGR figure, it can be calculated that about USD225 billion cash flowed into Macau that year. Lee also discussed side-betting or under-the-table betting, which accounted for between double to 50 times the GGR in 2013 and 2014. Altogether, casinos in Macau has generated a USD600 billion “black hole,” which upset Beijing.
In this context, Lee says that the introduction of the e-RMB and set up of Macau as an international RMB clearance center starts to make sense.
According to the expert, the e-RMB is nearly omnipresent. Now, even without internet access, the digital yuan can be used for transactions in a wide variety of circumstances. For example, he said, the Chinese government has prepared strategies to allow foreign spectators at the Winter Olympics next year to make digital payments directly, regardless of the type of gadget or technology used.
Universalization of the e-RMB and its applications in Macau will be inevitable and likely happen in the next three years, Lee said.
In his estimation, the rollout in Macau of the e-RMB, which is officially known as the Digital Currency Electronic Payment (DCEP), will have two phases.
In the first phase, there will be a trial launch of the currency in Macau, in which Chinese banks, such as the Macau branches of the Bank of China, the Industrial and Commercial Bank of China and the China Construction Bank will be allowed to act as local exchanges.
The Bank of China has previously announced the establishment of the Bank of China (Macau), a subsidiary of the parent company in mainland China.
With the support of Macau branches of these Chinese banks, as well as the “conditioning” of Macau residents to use digital payments regularly and habitually, the DCEP will gain acceptance in the local community.
The use of physical Chinese yuan, meanwhile, will phase out Hong Kong Dollars (HKD) in local casinos, Lee opined. At the same time, he stressed the fact that Secretary for Economy and Finance Lei Wai Nong had announced that the legal tender in Hengqin is the Chinese yuan.
Logically, if the yuan is to fully migrate to the DCEP, it will be only digital currency that will be used on the island.
In the rollout’s second phase, the DCEP will be fully rolled out in Macau. It will be permitted in and accepted by local casinos.
The HKD, which currently represents 50% of the city’s money supply, will be phased out as a major currency, according to the expert.
Lee added that the local currency pataca only makes up 35% of Macau’s money supply, with the rest being Chinese yuan.
Lastly, local banks will be allowed to clear DCEP internationally, which will close the entire loop in introducing the DCEP in Macau.
The expert’s analysis on the pros and cons of the digital currency rollout in Macau is that the city will lose the majority, if not the entirety, of VIP and premium mass gambling clientele, because authorities will be able to levy tighter supervision and controls on transactions. Furthermore, the e-currency is subject to foreign exchange and capital controls.
However, there are a number of advantages as well. Local casinos will see a larger mass market. The city’s real estate, insurance and stock markets will enjoy focus from a wider audience.
With the digital RMB running in Macau, inflation will be more easily controlled.
Other advantages include business owners having their revenue transferred virtually instantaneously with lower transaction costs. In the latest trial platform in China, no bank account or internet connection is required to realize a payment.
It is also beneficial for smaller companies because accounting is conducted on a daily basis automatically.
When questioned about the future of banks, Lee believes that banks will continue to exist even if digital currency becomes the legal tender of the world. They will still have the opportunity to market a wide range of investment products to their customers.
In addition, he expects there will be even fewer barriers to investment. “You’ll be able to trade in [mainland] China; you’ll be able to trade in Macau. So [banks] will have the ability to earn money from you through all these kinds of products on the side of the Chinese yuan,” Lee foresees.
On cryptocurrency, Lee gave a straight “no” when he was asked about the possibility of the commodity arriving in Macau. He stressed that the mainland has “very definitively” banned cryptocurrency, and although Macau did not do so by law, it has asked several cryptocurrency traders to remove their machines.
He added that the main reason behind the ban is that the authorities want to have the ability to trace all transactions.