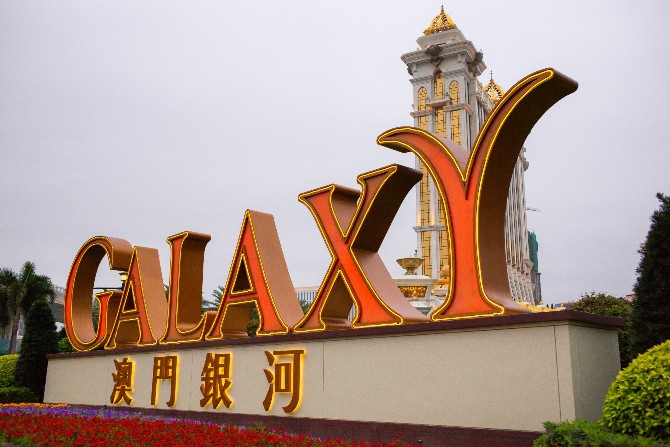 Galaxy Entertainment Group’s (GEG) adjusted earnings before interest, taxes, depreciation, and amortization (EBITDA) loss of HKD0.9 billion in the third quarter (Q3) of 2020 was successfully turned around into a positive value of HKD1.0 billion in Q4 2020, up 207% quarter-on-quarter, the group revealed in its latest financial report for 2020 yesterday.
The reassuring advancement was predominantly driven by GEC’s “continuing cost control” and its “increased visitation,” thus ensuring “increased revenue,” Lui Che Woo, chairman of GEG, stated both in the financial statement and during the group’s webcast press briefing yesterday.
Lui’s son, Francis Lui Yiu Tun, vice-chairman of GEG, also attended yesterday’s online conference. He stated that “the worst had passed last year,” and that he was sanguine about Macau’s tourism and gaming sectors in 2021.
“I have observed a high travel intention [to go to] Macau among Hong Kong people. They are attracted by close proximity between the two cities, [Macau’s] good infrastructure and [Macau’s] forthcoming new tourism offerings in 2021,” Francis Lui told the press.
He is convinced that the tourism market will make a “comeback” this year, provided that the pandemic is kept in check and the vaccination scheme pans out.

Pushing forward with expansion projects
According to the financial report, GEG will continue to push forward with Phase 3 and 4 expansion projects despite their construction being hindered by Covid-19.
Both resort projects will be tilted heavily towards the premium mass market and family holidaymakers.
The Phase 3 project will open progressively in second half of 2021. Meanwhile, construction of Phase 4 has already commenced and it will also be opened gradually in the coming two to three years, Francis Lui disclosed.
The board of directors also confirmed their resolve to develop in Hengqin and explore opportunities beyond it within the Greater Bay Area.

Banking on premium mass in the era of new normal
Regarding the gaming business, Francis Lui acknowledged that China’s new gambling law will “undoubtedly undermine the VIP sector.”  The law, which will come into force on March 1, criminalizes anyone who organizes gambling trips or activities for mainland citizens to participate in gambling outside of the country or border.
“The premium mass sector will take on a leading role [in driving GEG’s gaming revenues], and we will strenuously promote the sector,” the vice-chairman said. He believes the increasingly-mature premium mass market will help prop up the future development of Macau’s casino industry.

Overall results and vision
The group’s EBITDA recorded a negative value of HKD1 billion in 2020, compared with a positive value of HKD16.5 billion in 2019.
Among GEG’s three flagship properties in the city, Galaxy Macau and StarWorld Macau both posted a positive adjusted EBITDA in Q4 of HKD0.7 billion and HKD0.2 billion, up 193% and 167% quarter-on-quarter, respectively.
Broadway Macau, meanwhile, recorded an adjusted EBITDA loss of HKD28 million. Despite the loss, this represents a noticeable improvement from its EBITDA loss of HKD37 million in Q3 2020.
Considering the uncertainties brought about by the pandemic, the chairman declared that GEG had decided to suspend dividends at this time.
Chairman Lui said the GEG will resume dividend delivery in the second half of 2021, but this would require a boost provided by the government allowing entry for more travelers into Macau.
Francis Lui is pinning his hopes on a quarantine-free travel bubble between China, Hong Kong and Macau, which would offer a much-needed fillip to the city’s economy.
GEG released its yearly performance report just two days after SJM announced its annual results on February 23.