Gaming | Investors pinning recovery hope on second half of 2021: Bernstein 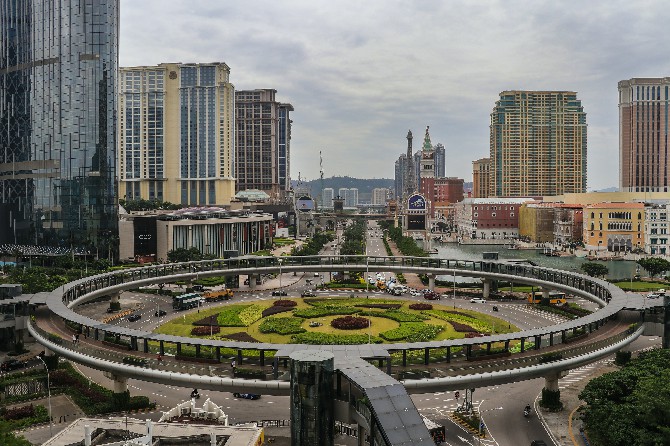 Investors in Macau’s casino stocks are eyeing a possible recovery in the second half of 2021, and a rebound in 2022, according to statement published yesterday by Sanford C. Bernstein Ltd. According to the note seen by GGRAsia, the outlook was predicated based on a “potential normal operating environment and stock price performance.”
According to the institution, the junket VIP sector is expected to continue to be propelled into “significant headwinds” this year, which will be extended into 2022.
The VIP sector is likely to stay suppressed by the “scrutiny around money transfers and customer and agent concerns about dealing with junkets,” the firm analysts stated.
But the brokerage added that this may bring some windfalls to premium direct and premium mass markets since “some customers [are expected to] shift game play.”
Not only the VIP sector, but also the whole city is likely to face “headwinds” when considering its forthcoming tourism performance.
These headwinds include, the institution elaborated, the “continued complexity” over the issuance of the Individual Visit Scheme (IVS) permits which grant entry for mainland visitors to Macau, and the procedures for visitors to present a valid negative Covid-19 test result upon arrival.
Another dampener is the “continued suspension” of granting mainland group tour visas for Macau trips.
Earlier, a string of China’s municipal governments and the SAR government made appeals, urging their residents to avoid unnecessary travel and stay in their respective towns during the Spring Festival in February to minimize the contagion risk.
Bernstein also noted that many mainland visitors are postponing trips to Macau despite a rebound in China’s premium consumption and travel.
The travel advisory for Chinese New Year is expected to deal a blow to the city’s tourism industry, which was originally hoping for an influx of mainland tourists to turn around business during the festival.
The institution is also not expecting a quarantine-free travel bubble between Macau and Hong Kong on the near-horizon. Its reopening is not anticipated until “late in the first quarter, or the second quarter” in 2021.
In conclusion, “the travel-related constraints on Macau will not be eliminated until second-half 2021,” the analysts said, but they stressed their expectation that the city will see robust advancements in gross gaming revenue (GGR) and visitor arrivals, provided travel returns to normal.
Macau’s GGR for 2021 is projected by the brokerage firm to increase by 225% year or year, to an amount equivalent to two-thirds of the 2019 sum of MOP 292.5 billion.
The 2021 GGR in the mass sector is forecast to reach around 75% of the 2019 levels, whilst VIP is expected to reach only 50% of 2019’s levels.
According to the latest figures released by the Gaming Inspection and Coordination Bureau, the GGR generated in the mass market in the fourth quarter (Q4) of 2020 made up around 65.1% of the overall GGR at the period. It was a record high in the quarterly figure since the start of the city’s market liberalization at the beginning of the 21st century.
On the contrary, VIP baccarat in Q4 2020 accounted for only 34.9% of the total GGR, representing the record quarterly low since Macau’s market liberalization.