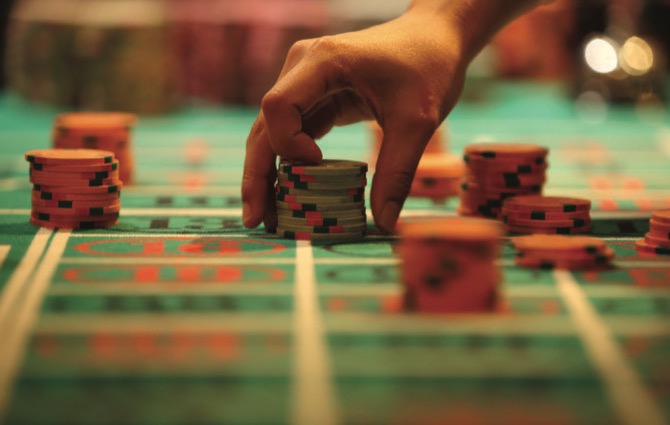 Japanese Prime Minister Shinzo Abe’s cabinet approved regulations for gambling resorts, the first of which could open in Osaka as soon as 2024 and provide a new source of tax revenue.

Japan legalized casinos in 2016 and passed another bill in 2018 that laid out a roadmap for gaming. The goal was to have the first casino open by the time Tokyo hosted the 2020 Summer Olympics, but wrangling over regulations and public concern over compulsive gambling has pushed back the plans.

The Japanese plans could open the way for billions of dollars in investment from the likes of MGM Resorts International and Melco Resorts & Entertainment Ltd. Japan, which already has horse racing and other forms of legalized gambling, is a late entrant into the Asian casino market, with Macau being the region’s most powerful center.

By opening casinos, Japan “will seek to become an advanced country for tourism,” Abe said at his residence yesterday.

Meanwhile, it was announced earlier this week that the city of Osaka, long eyed by U.S. and Asian gaming operators, will take at least another year to make its integrated resort partnership decision. Osaka has not yet been approved to become one of three cities to host integrated resorts in Japan, but it is on the shortlist and is a favorite of MGM Resorts.

In an interview with Bloomberg, MGM Resorts Chairman and CEO Jim Murren affirmed that the gaming operator is doubling down on its Osaka plans.

“We made the decision to focus all our energy on Osaka,” said Murren. “I am confident Osaka is going to be one of the three. We are working really hard for MGM to be the IR [integrated resort] operator in Osaka. All we can do is work as hard as we can, meet with Japanese companies, form a Japanese consortium: we are trying to outwork our competitors a little bit.”

The latest Japanese regulations approved yesterday specify the size of the hotels, conference facilities and exhibition centers that must be part of the gambling resorts.

The regulations dictate that the guest room area of the hotel must equate to at least 100,000 square meters, while the minimum size of the convention and exhibition centers will be calculated together, with a larger convention center allowing a smaller exhibition center.

Moreover, the area allocated for the casino must make up no more than 3 percent of the total area of the resort and operators are only allowed to advertise in international airports and cruise ship terminals. Operators will be obliged to report to the government any customers who make transactions of 1 million yen (MOP73,000) or more in cash. DB/Bloomberg