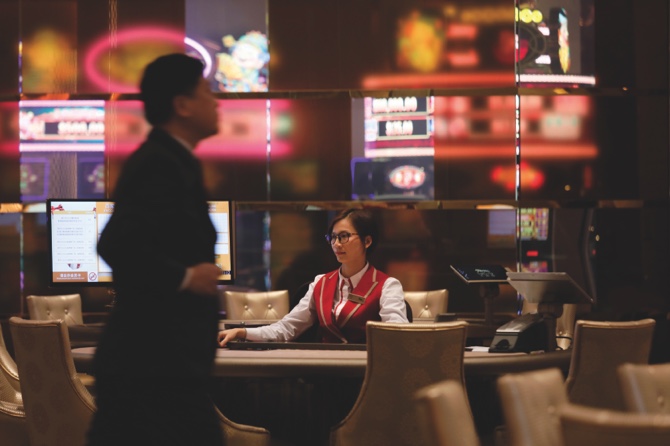 A long-awaited decision by casino executives arrived “over promised and under delivered” on Friday, four months after it was announced that a gaming law amendment would be conducted – a move that swiftly wiped USD18 billion off of gaming sector stocks.

On Friday, Macau authorities revealed the amendments to the Macau SAR’s Gaming Law No. 16/2001 that stipulate a maximum of six concessions and a concession duration capped at 10 years with three years for exceptional extensions.

The amendment ruled that no sub concessions will be allowed.

These revelations from the government imply that all six gaming operators would be able to keep their license, alleviating concerns among executives about reports and forecasts that the renewals would only be given to casinos that are “Chinese.”

The announcement of the disclosure amendments was made just several hours before the government, bringing relief to anxious investors regarding reports of a possible tightened regulations.

“The longer grant period in the past took into account the time required for the construction of casinos and complexes by the companies that had been awarded gambling licenses in those years,” explained the Executive Council spokesperson, André Cheong.

A gaming expert, however, believes that the announced amendments fell short of the hype built up over the past months, causing analysts to take a pessimistic overview of and forecast for the future of the gaming sector.

Speaking to the Times, Macau-based gaming expert and managing partner of IGamiX Management & Consulting Ben Lee commented, “It was an inverse case of over promising and under delivering.”

“Having set up expectations for a potentially harsher re-draft, the current brief walked back on a couple of the more contentious items, such as direct government representation and dividend control,” Lee said.

The massive slump of gaming stocks came in September after Secretary for Economy & Finance Lei Wai Nong announced that the concessionaires would be under tighter scrutiny from the government, which would have a greater authority to verify the background of both the staff hired by the concessionaires and entities that work with them.
This would include overseeing those who seek to establish partnerships with the concessionaires.
Lei has said previously that there were still some deficiencies in industry supervision.

However, in the draft, Cheong announced that the government had dropped the introduction of a government delegate to each concessionaire.

Yet, for Lee, a concerning remains in the statement that “the existing gaming infrastructure is enough to satisfy the demand and the scale of the industry should not be expanded anymore.”

“That could be interpreted in several ways, one of which could be the gaming revenue we currently have is all we will be allowed to have,” said Lee.

“As it stands, the draft is, on the whole, mildly positive. However, we have yet to see the sting in its tail — namely the implications of the national security/interest as well as the diversification objectives,” the gaming expert observed.

The parameters for these will likely be spelt out in the tender documents.

There will be a public tender to award the new gaming concessions, and that the new draft bill was put forward to the Legislative Assembly on January 15.

As cited in a Bloomberg report, Steven Leung, sector analyst at Uob Kay Hian (Hong Kong) Ltd. asserted that the “public float is a major concern of the government because gaming may involve capital outflows and money laundering.”

Therefore, the analyst suggests that a public float limit is needed.

With the amendment, the government has no plans to increase the gaming tax that, currently set at 35%.

The maximum number of gaming concessions to be granted will be six and no sub concessions will be allowed.

The maximum term of the concession contracts will be 10 years (with three years of exceptional extension).

The following requisites and restrictions will be imposed on concessionaires:

– Increase in the minimum share capital mandatorily held by the managing director, who must be a permanent resident of Macau to 15% (currently at 10%).

– A cap on the concessionaires’ (or their controlling shareholders’) publicly traded share capital.

Determine the social responsibility obligations of the concessionaires.

Introduce a grace period of three years for all casinos to be operating in premises owned by the concessionaire (disallowing the operation of casinos in third party venues).

Reinforce the suitability verification mechanisms in respect of the concessionaire, as well as individuals and entities involved in the gaming operations. MDT/MdME Lawyers