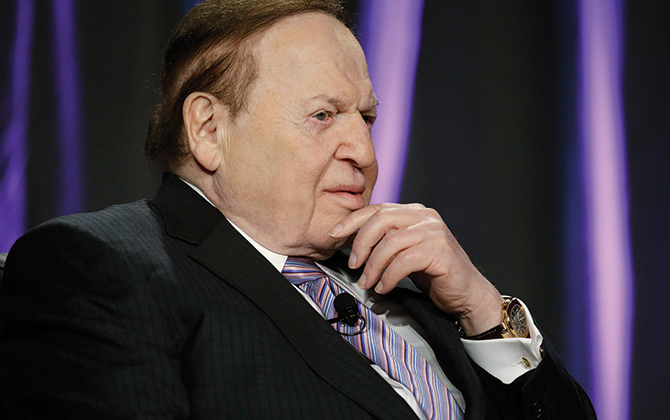 Las Vegas Sands (LVS) will be forced to go to trial in Macau to defend its 2002 decision to drop joint venture partner Asian American Entertainment Corporation (AAEC) Limited from its Macau gaming concession bid, the Macau Daily Times has learned.

Las Vegas Sands, the parent company of local subsidiary Sands China, had partnered with AAEC, led by Taiwanese businessman Marshall Hao, to submit the joint bid during the gaming liberalization years. During the tender process, LVS abandoned AAEC to instead join up with Hong Kong’s Galaxy Entertainment Group, and ultimately secured one of the city’s concessions.

The case that will shortly unfold in Macau courts concerns a commercial relationship that AAEC claims was unjustly breached and LVS says had expired by the time LVS decided to merge with Galaxy.

The joint venture agreement had an expiry date set for shortly after the January 2002 concessionaire tender was due to be settled. However, the tender application process was eventually concluded only after the agreement’s expiry date.

The crux of the dispute is whether that joint venture agreement was renewed by the two parties or was otherwise in force when LVS merged with Galaxy.

“There is no doubt the agreement was breached; the question is whether it was still in force [at the time that LVS joined with Galaxy],” a legal source with knowledge on the matter told the Times. This latest decision means “it is now unquestionable that [LVS] will undergo trial,” the source added.

“[LVS] did all they could to avoid a trial, but they lost this battle,” the source continued. “Losing the battle does not mean that they are losing the war. Not at all. That has not yet even been discussed. But they have spent millions [of U.S. dollars] to no avail in trying to avoid a trial.”

The source requested to remain anonymous due to the sensitivity of the case.

The Times requested a comment from LVS, but did not receive a reply by press time.

Marshall Hao is claiming compensation for the breach of contract, seeking to recover the 70 percent stake in the concessionaire company originally contracted with a once cash-strapped LVS.

“Asian American had over 70 percent of a joint venture with [LVS], which we invited to bid in Macau. However, [LVS] got a whole gaming sub-concession, while we got nothing,” Hao told the Times.

“This decision from the Court of Appeal confirms that Asian American will have a trial and will see its claim adjudicated by an independent court for the first time in over 15 years,” he added.

“We believe we have the strongest claim ever filed against [LVS] over their gaming sub-concession. It is only fair for Asian American to be compensated.”

But it is not just Hao’s compensation at stake.

The case threatens to unearth secrets from the 2001 and 2002 negotiations involving the other gaming concessionaires, the local government under former chief executive Edmund Ho, and possibly even Beijing.

As the legal source told the Times, “Under trial all sorts of secrets come out. When witnesses are under pressure, sometimes they say things that they had not intended.”

Edmund Ho had been earlier requested as a witness by the prosecution, asked to testify in writing rather than in person. However, current chief executive Chui Sai On, acting in the ‘interest of the region’, decided to bar his predecessor from reporting to the trial.

With the appeals and counter-appeals postponed until after the verdict, the trial is expected to start most likely in 2019, though it could be as early as next year.

This means that the 2002 arrangements discussed in the trial may run parallel to the concessionaire renewal talk ahead of the casino license expiry dates between 2020 and 2022.

Appeal and counter-appeal: the story so far

Las Vegas Sands has made several concerted efforts in the last few years to prevent a trial from taking place, in both Macau and the U.S.

In 2007, Asian American (AAEC) filed a lawsuit in the U.S. District Court in Nevada, but it was dismissed following a U.S. Court of Appeals ruling, due in part to Nevada’s three-year statute of limitations for such claims. Asian American chose to file a lawsuit in Macau in January 2012.

In April 2012, LVS filed an anti-suit injunction in the District Court of Nevada to enjoin Asian American and its representatives from initiating and litigating a suit in Macau. In June, the Nevada court rejected the anti-suit injunction, saying “federal courts are generally reluctant to inject themselves in the proceedings of the courts of other sovereign nations.” The court also agreed that Asian American’s claims had “never been actually litigated.”

Later, in the context of the Macau litigation, LVS, based on grounds similar to those used in the Nevada anti-suit injunction, requested that Macau courts follow the U.S. decision – especially since the dismissal was recognized by the Macau Court of Second Instance (TSI) – however the Court of First Instance (TJB) ruled that the case could not be dismissed purely because of a precedent set in another country.

The gaming operator then lodged another appeal in the TSI against the TJB’s decision, pushing for two crucial conditions: Firstly that the appeal would be delivered immediately to the TSI for consideration, and secondly that the appeal would temporarily suspend the trial. In the event of a successful appeal, this would prevent a trial from taking place at all.

This was ultimately rejected following a counter-appeal launched by AAEC who, having won the initial appeal in the TJB, had nothing to gain by risking the matter being discussed in the TSI.

The Court of First Instance ruled on the matter and determined that the proceedings would not be halted but that the appeal would be delivered immediately to the TSI. In consequence, both the trial of the case and its appeal would be conducted simultaneously, with the latter considered to have a high probability of being settled first, thereby potentially preventing the trial from reaching its natural conclusion.

A final counter-appeal launched by AAEC argued that the TJB had erred in ordering the appeal to be immediately delivered to the TSI, and that, pursuant to the rules of the Civil Procedure Code, the appeal should only be delivered after the verdict of the trial.

The conclusion is that the trial will now proceed as normal in the TJB and any further appeals will have no impact on the pace of the proceedings, rather they will be considered after the trial’s conclusion. DB