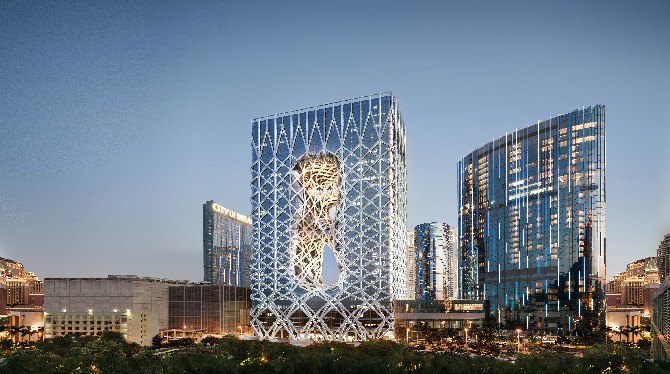 Melco Resorts & Entertainment Limited’s operating loss for the second quarter of 2021 has narrowed to USD128.1 million, compared to the operating loss of USD370.8 million in the second quarter of 2020, the gaming operator has announced.
Total operating revenues for the second quarter of this year were USD566.4 million, representing an increase of approximately 222% from USD175.9 million for the same period in 2020. The increase in total operating revenues was primarily attributable to the improved performance in all gaming sectors and non-gaming operations as a result of a year-over-year increase in inbound tourism in Macau, Melco stated.
Melco generated Adjusted Property EBITDA of USD79.1 million in the second quarter, compared to a negative Adjusted Property EBITDA of USD156.3 million in the second quarter of 2020.
Lawrence Ho, chairman and CEO of Melco, commented, “We are pleased to see a progressive recovery in business levels during the second quarter of 2021 in our integrated resorts, despite the challenges that we have faced as a result of the Covid-19 pandemic and related travel restrictions.”
According to Ho, mass and premium mass market players have proven to be the primary drivers of the recovery this quarter and are expected to continue to be so in the future.
“We remain optimistic on our Macau market outlook, especially as Macau explores scenarios for more flexible travel with other cities in the Greater Bay Area,” he stated.
The CEO pledged the company’s commitment to its investment program in Macau and abroad.
He recalled that facility upgrade works at City of Dreams Macau are ongoing, where more suites and guestrooms are being added to Morpheus, while the Countdown was closed at the end of March 2021 for a full renovation.
In June and July, Melco Resorts Finance and Studio City Finance listed USD2.25 billion, in aggregate, of senior notes on the Chongwa (Macao) Financial Asset Exchange Co., Limited (MOX).
“These notes were previously listed on the Singapore Exchange and are now dual-listed on both the Singapore and Macau exchanges,” Ho said.

Development abroad
In Europe, the development of City of Dreams Mediterranean continues, with a target opening in summer 2022. “Upon completion, the project will be Europe’s largest integrated resort with approximately 500 luxury hotel rooms, approximately 10,000 square meters of MICE space, an outdoor amphitheater, a family adventure park, and a variety of fine-dining outlets and luxury retail,” Ho explained.
Turning to Japan, Melco remains convinced that Japan represents the best potential new gaming market globally and that the quality of its assets and its focus on the premium segment is a great fit for the country’s tourism development.
“We remain patient and continue to maintain our disciplined approach with respect to all development activities, including in Japan,” he affirmed.
Melco is in a tight race with Genting Singapore, since both companies have qualified for the city’s Request for Proposal (RFP) to develop an integrated resort (IR), the government of Yokohama, Japan’s second-largest city.
Melco has partnered with the Japanese construction and civil engineering company Taisei Corporation for the IR bid; while Genting have allied with Japan’s Sega Sammy Holdings and Kajima Corporation.
The qualification of the two gaming operators did not come as a surprise to market observers, who saw it as a two-horse race between the two firms.

Melco Resorts & Entertainment Ltd’s casino hotel Altira Macau is set to focus on “high-margin premium mass segment,” making it the company’s first integrated resort to have a broader focus in the market.
Chairman and CEO Lawrence Ho revealed the plans during the group’s earnings call with investment analysts on Tuesday.
The repositioning operations will commence in the third quarter of this year. Ho also clarified that Melco has already shut down VIP operations at Altira Macau.
The gaming operator’s existing junket and premium direct VIP operations were moved to City of Dreams and to Studio City.
“We expect this transformation to take approximately 12 months to complete. After their transformation, we expect Altira to emerge as a stronger, higher-margin, more stable property in the portfolio,” said Ho.