Gaming | Mayweather wants to build casinos in Japan – and launch it with a rematch against Pacquiao: report 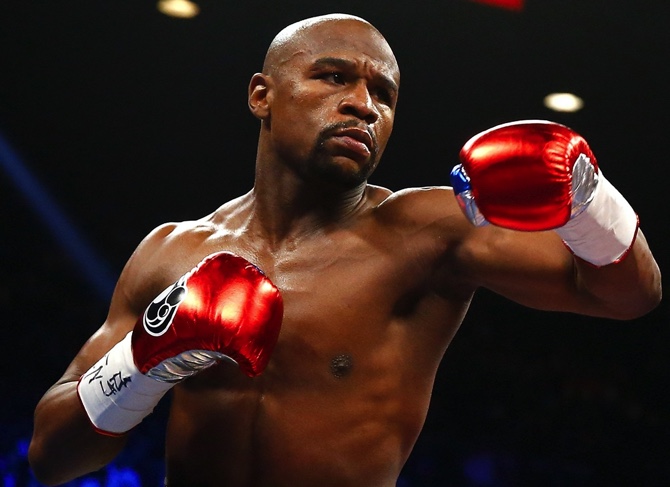 Floyd Mayweather wants to build a casino empire in Japan – and could launch it by hosting a money-spinning rematch against Manny Pacquiao in the Far East, The Sun reported late yesterday.

That would be “a huge fight” but Mayweather is also keen on more exhibition bouts against non-boxers.

The 42-year-old launched TMT Japan (The Money Team) in Tokyo in June, after announcing a partnership between management company Libera and Kyoei boxing gym.

Hong Kong based promoter Jay Lau explained to SunSport, in Tokyo that “in Asia more and more casinos are setting up. Mayweather came to Tokyo to set up TMT Japan because of the Japan casinos” that are due to open next year.

“The Manny rematch is the biggest thing that can happen. I hope it does happen, it could be a big possibility that fight is the grand opening for the Japan casinos.”

According to The Sun, Mayweather’s ambition is to create a casino hotel in Okinawa, allowing him to stage fights in Japan, and revealed at a press conference in June his plan for more money-spinning exhibitions.

The champion boxer told the newspaper that, “negotiations are progressing, although it is not yet official, my opponent could be a kickboxer or an MMA fighter.”

“It’s natural that I come up with this idea, because I’m buying a house in Tokyo so I don’t have to repeat the long trips between the United States and Japan,” he added.

The idea comes after the Japanese government announced in February they are attempting to compete with regional rivals including Macau, Singapore and South Korea with planned casinos to be built in 2020.

SunSport revealed Mayweather put the brakes on an exhibition bout this year to focus on negotiating a rematch against Pacquiao.

According to the paper, DEF Promotions director and promoter Lau said, “Mayweather came two times to Hong Kong, he spoke with my son Jayson and we had communications but now he is focusing on the Pacquiao rematch.”

“We were talking about an exhibition in China, a big event but not a recorded professional boxing fight. Something like Mayweather vs Tenshin in Japan. We spoke a bit about doing a special fight in China, but half way through he turned to the Pacquiao rematch so we stopped.”

Mayweather continued his tour of Asia this summer, and announced on Instagram plans to set up a second fight with
Pacquiao in Tokyo.

A spokesman told South China Morning Post in September that “the event is postponed, due to his side having some problems. He didn’t come. His side will issue a notice later.” Staff reporter