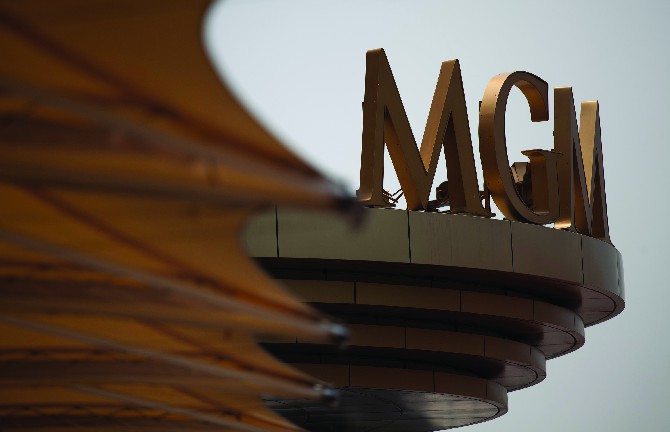 MGM China recorded total revenue of approximately HKD2.2 billion for the third quarter, down by 7% from the previous quarter.
Adjusted EBITDA was approximately HKD101 million, down by 13% in the same period. The overall occupancy rate was 50.9%, compared to 65.5% in the previous quarter.
During a call with analysts to announce the company’s third quarter earnings, CEO and president of MGM Bill Hornbuckle said that ongoing challenges and testing requirements have continued to impact the Macau market. As a result, market-wide GGR was down 93% in the third quarter, year-over-year.
“Market-wide daily visitation has been very steadily improving into October’s Golden Week. And since the second week of the month, we are seeing improved volumes across all segments sequentially week-on-week,” said Hornbuckle.
“[This] month to date, we are encouraged that our properties have cross property EBITDAR breakeven levels, led by the recovery in the premium segments,” he added.
Macau recorded only 8,159 tourist arrivals during the Golden Week holiday, the lowest number of tourist arrivals ever recorded during what is traditionally the city’s busiest time.
This dip reflected the stricter border measures brought on by the recent string of Covid-19 cases recorded in the city. Travelers entering Macau from the mainland city of Zhuhai via the land border were required to undergo 14 days of quarantine.
MGM expects the recovery continue gradually, driven by the premium mass market which two of its Macau properties “are ideally positioned to capture.”
Hornbuckle added that MGM “continues to believe in the long-term success of Macau, and we’ll continue to invest in strengthening our market position there. Currently, construction of the additional suites in the south tower of MGM Cotai is under way and will be ready in mid-2021.”
The company has also begun remodeling the MGM Macau villas and the gaming space on level 35, adding food and beverage options on the gaming focused floors.
In the longer term, Hornbuckle expressed a desire to build another hotel tower at MGM Cotai, along with “meaningful entertainment assets to diversify our offerings.”

President and CEO of MGM, Bill Hornbuckle, is confident in the upcoming renewal of gaming concessionaires.
“Ongoing discussions with the government gives us greater confidence in our belief that the process will be both judicious and fair,” said the executive.
Last week, the 45-day public consultation on the amendments were concluded.
“Macau remains an important part of our business, and we have high conviction in the future success of this region,” Hornbuckle added.
During the consultation, local officials advised that a plan to send government representatives to directly monitor casino operators will not affect business operations.
Gaming concessions are due for re-bidding next year. However, the government has not yet provided guarantees that any will be renewed. Many have also called on the government to extend the validity of the concessions, which end in June 2022, due to the adverse effect of the Covid-19 pandemic on the industry.