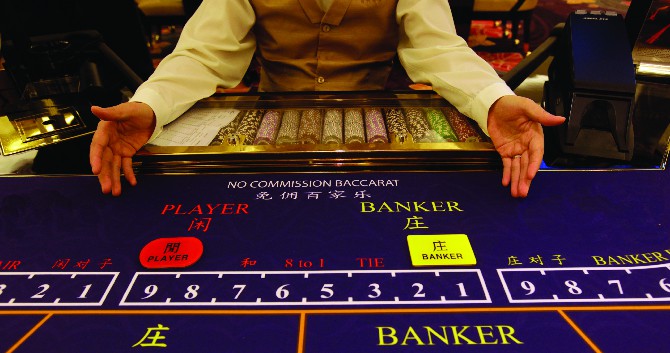 Macau’s gross gaming revenue (GGR) for the first 18 days of April is forecast to hit MOP5.5 billion, or MOP280 million per day, according to the latest prognosis released by JP Morgan on April 19.
The projected month-to-date GGR had already returned to over 35% of pre-pandemic levels in 2019. Broken down into segments, the GGR generated by the mass market fared better, standing at around 40-45% of levels in 2019, whilst VIP recovered to 20%.
Last week’s run-rate of stood at around MOP300 million per day: one of the highest non-holiday readings since the outbreak of coronavirus, the brokerage confirmed.
The strong performance last week was partly buoyed by “VIP luck,” and indicates a “gradual yet consistent improvements in gambler [or] travel sentiment,” JP Morgan said.
Because the May Golden Week Holiday, also known as May Day Holiday, from May 1 to 5, is around the corner, JP Morgan’s analysts DS Kim, Derek Choi and Livy Lyu remain sanguine about their earlier forecast of a rapidly surging GGR run-rate over the period.
They regard a GGR rate of MOP400 to 500 million per day as a “strong success” for the May Day holiday.
“This, if it happens, would probably imply mass demand will have recovered to 70 to 80% of 2019 average levels (or, 55 to 60% of pre-Covid peaks) despite ongoing travel frictions, hence very promising for full normalization into 2022.” the analyst observed.
Before the pandemic, the GGR during Golden Weeks in 2019, including Chinese New Year, May Day and National Day, averaged at around MOP1.0 to 1.1 billion per day.
According to the latest data provided by the Gaming Inspection and Coordination Bureau, Macau received MOP23.6 billion in GGR in the first quarter (Q1) of 2021, up 8.3% quarter-on-quarter, but down 22.5% compared to the same period last year.
By segment, the mass market generated MOP14.5 billion during Q1 2021, up 2.15% from the last quarter. Meanwhile, the VIP segment generated around MOP9.13 billion in Q1, up 19.7% quarter-on-quarter, which has surpassed projections by banking groups.
Trip.com, the largest online travel agency in China, earlier released its bullish booking volumes to Macau for the upcoming May Day Holiday, heralding a surge in travel plans to the city.
As of April 8, the total number of bookings for Macau travel products during the May Day holiday through the Trip.com platform has risen by 20% compared to 2019. The search volume for flights in and out of Macau also climbed over 140%, the group said.
Cheng Wai Tong, sub-director of the Macao Government Tourism Office (MGTO), yesterday also stated that the authorities are now expecting tourist arrivals to hit a record high since the outbreak during the May Golden Week Holiday.