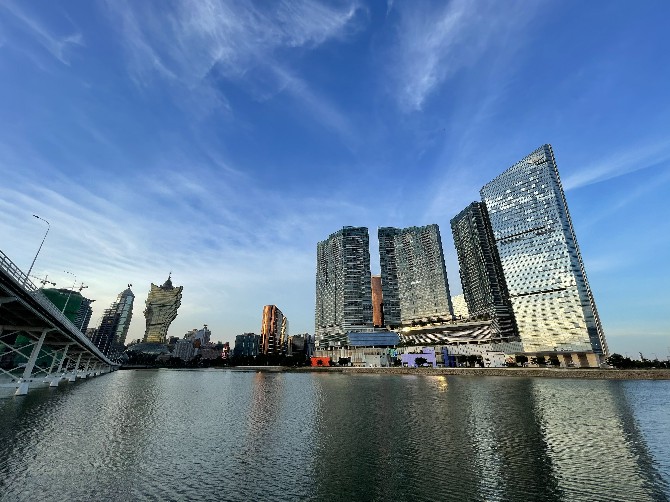 To better conform to national development plans, the validity of casino concessions in Macau should be changed to the 10+5 mode, Davis Fong, director of the Institute for the Study of Commercial Gaming, said recently.
The Gaming Inspection and Coordination Bureau (DICJ) has restarted the public consultation series on the review of Law No. 16/2001 after the abatement of the city’s Covid-19 epidemic.
It is holding eight sessions in four days – from October 22 to 25 – to gather opinions from members of the public. Despite this, eminent public figures such as Fong and lawmaker Pereira Coutinho also took seats at the events.
Currently, the city’s casino licenses have a validity of 20+5 years.
Fong’s justification for his proposal is that the city’s economic development, particularly the casino and resort operations, would better be able to meet the 2035 economic targets of both the country and the Guangdong-Macao Intensive Cooperation Zone in Hengqin.
He stressed that the city’s casino industry development must meet the city’s own, as well as with the country’s master plan. The year 2035 is politically deemed crucial because the administration has pinpointed it as benchmark, such as in the 14th Five-year Plan and the Framework for Long-term Targets.
Furthermore, since the unification of Macau and Hengqin is also set for 2035, Fong said that Macau’s economy must be “basically diversified” by then.
On top of these factors, the swift development of technologies in this period will give the government more flexibility if it issues shorter licenses.
Fong also pointed out that the government should look at the big picture rather than individual clauses, “because they’re interrelated.” He explained that if, for example, casino operators are required by law to re-invest in Macau, the entrepreneurial environment will then be unattractive to investors. This is to prove his point that the overall legal framework should relate to individual provisions in order to retain the industry’s competitiveness and sustainability in Macau.
As for developing non-gambling elements, Fong thinks that, after two decades of development, the city has achieved synergy between different offerings, such as conventions and exhibitions, as well as clubbing and performances.
The scholar recommends that the government encourage the introduction of projects which are beyond the capability of small and medium sized enterprises, such as large-scale concerts and multi-disciplinary performances, while giving a certain level of freedom to concessionaires to drive their own development on the foundation of their non-gambling operational experiences. “It doesn’t have to be overly detailed,” Fong said.
At another session, a participant spoke on concessionaires’ fulfillment of corporate social responsibilities (CSR) and the localization of high-level management.
He cited a survey which found out 70% respondents agreed that the current concessionaires have fulfilled their CSR, while 90% requested the government to urge concessionaires to realize the localization of high-level management.
Meanwhile, 90% respondents from the same survey believed that more non-gambling elements would be needed in the future.
The speaker also opined that more support should be given to local cultural industries.