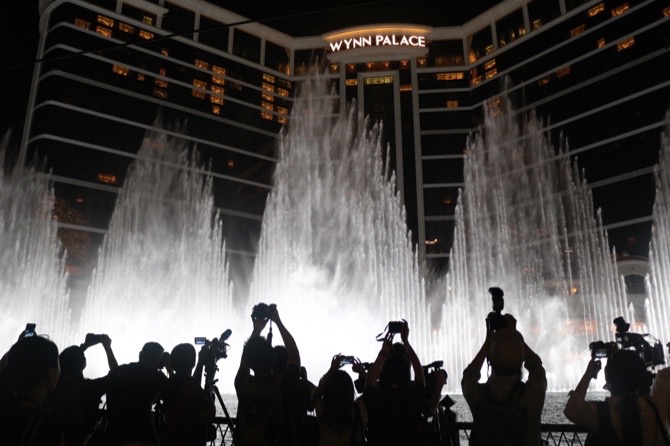 Wynn Resorts abruptly ended buyout talks with Australia’s largest casino operator late yesterday after word of a potential buyout was leaked. In a tersely worded statement, the Las Vegas casino giant said it was ending all discussions with Crown Resorts.

Wynn Resorts Ltd. was in talks to buy Australian billionaire James Packer’s Crown Resorts Ltd. for AUD9.99 billion (USD7.12 billion) as the Las Vegas casino empire looked for growth in Asia amid a slowdown in the gambling enclave of Macau.

The proposed deal, which valued Crown at AUD14.75 per share, 26 percent more than Monday’s closing price, would have allowed Packer to divest his single largest asset, according to international media, completing a remarkable corporate retreat for a titan who’s been beset by political trouble and mental health issues in recent years.

But then Wynn said in a statement that it had ended talks “following the premature disclosure of preliminary discussions.” Crown had confirmed the talks overnight after the Australian Financial Review had reported on the potential deal.

Buying Crown would have given the Las Vegas casino empire a new market for growth amid a slowdown in the gambling enclave of Macau. But Wall Street expressed skepticism about the potential deal. The prospect, while “perplexing,” might have some merit, Sanford C. Bernstein analyst Vitaly Umansky wrote in a note. Union Gaming Group LLC analyst John DeCree said the move seemed “purely defensive.”

“At this point, there’s no guarantee that any potential discussion around the deal will not resurface,” Umansky said in a note after Wynn’s termination announcement.

Wynn’s interest in Melbourne-based Crown, which is almost solely focused on its domestic market where big-spending VIP gamblers have become more elusive, seemed unusual, but it spoke to the Las Vegas-based empire’s keen desire to shore up its presence among Asian bettors.

Unlike its competitors who already have footholds elsewhere in Asia – from Las Vegas Sands Corp.’s Singapore resort to Melco Resorts & Entertainment Ltd.’s City of Dreams in Manila – Wynn is currently confined to Macau, where expansion is approaching its limit. And they’re all fiercely competing for an operating license in Japan, the region’s next gambling goldmine.

Yet Wynn would have been buying a company whose ambitions are in active decline. Crown largely retreated from overseas markets after a crackdown in China in late 2016 that resulted in 19 current and former Crown staff being convicted of illegally promoting gambling on the mainland, receiving jail terms of as long as 10 months.

“Wynn’s pursuit of Crown represents the need for Macau operators to expand in other markets to support long-term profit growth,” said Bloomberg Intelligence Asia gaming analyst Margaret Huang. But the deal would have siphoned off cash that Wynn could use on a Japanese resort, estimated to cost up to $10 billion, and Australia’s weakened gaming demand is concerning, she said.

Crown had earlier said in a statement that the discussions were at a preliminary stage and no agreement had been reached.

In the statement, Crown said: “The proposal is subject to a number of conditions including due diligence, Wynn obtaining all the necessary regulatory approvals and a recommendation by the Crown board. It is stated to be preliminary, confidential, non-binding and indicative.

“The Crown board has not yet considered the most recent proposal from Wynn.” 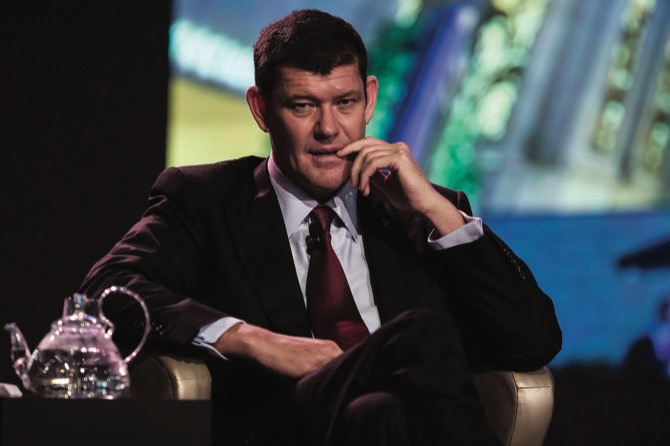 Had the parties come to terms, Wynn would have been buying a company whose ambitions are in active decline. Crown largely retreated from overseas markets after a crackdown in China in late 2016 that resulted in 19 current and former Crown staff being convicted of illegally promoting gambling on the mainland, receiving jail terms of as long as 10 months.

The company has since closed almost all its regional marketing offices in Asia, which funneled big-stakes players to Australia, and sold out of a Macau casino venture.

The episode “shook me to the core,” Packer said in a rare interview with the Australian newspaper in October 2017. A few months later, he quit the board of Crown in March 2018 due to mental health issues and stepped down as a director of his private investment company.

In the 2017 interview, Packer also said he wanted a more “simple life” and acknowledged he’d lost friends, put on weight and had led a reclusive life at his polo estate in Argentina.

Crown is now focused on its existing casinos in Perth and Melbourne and is building a new six-star hotel, residential and gaming venue in Sydney, which is due to be completed in 2021.

Under its current structure, the transaction would have made Packer a significant shareholder in Wynn. Packer’s private investment company, Consolidated Press Holdings, owns about 46 percent of Crown, so any deal hinges on Packer’s approval.

Wynn Resorts has had its share of high-profile trouble. In February 2018, founder and former chief executive officer Steve Wynn stepped down following reports that he sexually harassed a number of employees over his career. He has denied that any of his sexual relationships were non-consensual. He later sold all his holdings in the company. MDT/Agencies