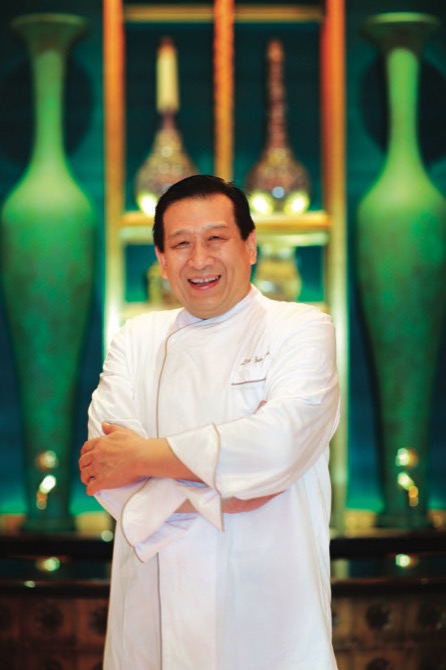 When Chef Ivan Li of Family Li Imperial Cuisine visits Chef Liu Guo Zhu of Golden Flower in Wynn Macau, he feels right at home, as both of them are from Beijing. While Liu is a master of Chinese gastronomy who previously worked in Beijing Hotel and prepared culinary wonders for numerous dignitaries around the world including Deng Xiaoping, Henry Kissinger, and Queen Elizabeth II, Li is one of the most sought-after Chinese chefs in the country.

Tan cuisine originated in the household of Tan Zongjun. Originally from Canton, he was an official of the late Qing dynasty with an immense passion for gastronomy. A Cantonese who had taken residence in Beijing, he brought culinary elements of the South to the North, blending the best of both worlds and creating an exquisite cuisine that pleases the palette delicately with its subtle flavors.

Family Li cuisine is a combination of Imperial Court cuisine and Beijing traditional flavors, with ingredients and cooking methods based on Empress Dowager Cixi’s imperial menu. Served in small portions, each dish must be patiently cooked over a gentle fire. Li’s great grandfather, Li Shunqing, was in charge of the Qing Dynasty’s imperial kitchens in the Forbidden City, and passed down imperial recipes to his offspring. While strictly following his ancestral training, Li blends contemporary culinary ideas to carry on traditions as well.

Together, Li and Liu showcase the essence of Qing dynasty court cuisine at Golden Flower. For discerning diners, it is an opportunity to explore dishes from these two particular Chinese gastronomic heavyweights at the same time. Highlights on the menu are foie gras, pea sprouts in chicken soup and Braised Oma abalone in original sauce extracted from fish lips and fish maw.

Macau Daily Times (MDT) – What fascinates you the most about imperial cuisine?

Ivan Li (IL) – Tan cuisine is extremely well-known. It is regarded as the epitome of good taste. Back in history, Chiang Kai-shek wanted to invite a Tan chef to cook in Nanjing, but the invitation was rejected. There was a saying, “You must enter the Tan household to enjoy Tan cuisine.”

Liu Guo Zhu (LGZ) – No matter how high an official you are, it does not matter. You might still get rejected, because it is imperial cuisine.

MDT – What are the similarities and differences between Tan cuisine and Li cuisine?

IL – There are a lot of similarities and differences between Li cuisine and Tan cuisine, but one element in common is that we choose the best ingredients. Our aim is to bring purity and richness to the palate at the same time. For example, in Tan cuisine, the broth is very clear and when combined together with bird nest, one can appreciate its natural taste.

MDT – How do you select ingredients today to match the taste profile of the Qing dynasty? 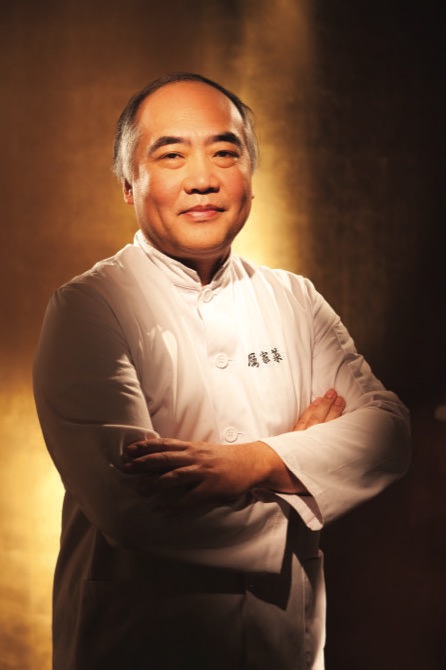 LGZ – In modern times, we can get ingredients from all over the world. We only choose the best. Tradition has its pros and cons, but if it can traverse history and still remain relevant, we must preserve it. However, [dealing] with modern ingredients while being innovative on the basis of tradition is a question that masters like ourselves often discuss among [ourselves]. It is a dilemma. My answer is to use modern ingredients while keeping traditional cooking methods and taste profiles.

Some taste profiles must not be modified as we hope to pass them down to future generations. If they change, we will have no tradition. One can change taste profiles, but with other dishes, not with traditional cuisine.

MDT – What is the essence of Chinese cuisine?

IL – Patience is essential for both Li cuisine and Tan cuisine. Chinese have the word آA “xian.” It first appeared in oracle bone script. The Chinese understanding of “xian” is not a concept that individuals from other countries can easily understand.

For the Japanese, the word “umami” came about only after the invention of MSG, monosodium glutamate. What is MSG? Amino acids. This can only be appreciated as an enhancer. The English dictionary only included the word “umami” in 1979, but the Chinese word “xian” has been with us for thousands of years.

We Chinese are patient with our protein. If we make chicken broth, we take our time. Both Li and Tan cuisine has an aspiration to preserve slow-cooking methods. The Chinese have an idiom, ‮٢‬H‮*‬y‮-‬P‮٢‬` “danbozhishen”, meaning that we must take elements lightly in order to appreciate deeper meaning and wisdom. Flavors must be subtle for one to enjoy the nuances of “xian” in amino acids.

IL – Yes, it is a feeling. We do not have the same gastronomic aspiration as foreigners and this level of sophistication started with Kangxi Emperor.

MDT – Is there an element in the menu that represents Northern cuisine very well?

IL – On today’s menu, Liu’s Steamed pork dumpling with crab roe is an example of [a] Northern delight. It is very juicy, but the juice does not come from pork skin.

LGZ – We don’t cultivate the juices using pork skin. We use fresh pork meat and blend it with chicken broth. That way, pork meat absorbs the broth, and then we add crab roe and steam. The result is high-quality juice coming out from the thin dough of the dumpling, succulent and “xian.”

MDT – What is the future of Chinese cuisine?

LGZ – Using the simplest methods to cook while preserving the nutrients of ingredients. It is to […] appreciate original flavors. We must not complicate things. The process of preparation might be simple, but if one takes each step seriously, it might become complicated.  An example: we need at least six to seven hours to make a broth. After that, we still need to reduce it. We only use it following the reduction process. Steps are not numerous, but attention to detail is important.

IL – Not to invent extra steps but staying true to each detail and executing each step diligently. That’s the Chinese philosophy when it comes to aesthetics, not just gastronomy.

LGZ – In the past we had a lot of carvings as decorations for Chinese dishes, but that’s from another era. We don’t really see that anymore and I would consider that progress. Even Western cuisines are now influenced by Japanese and Chinese presentations. There are no secrets in the world of gastronomy. We all learn from each other. Irene Sam 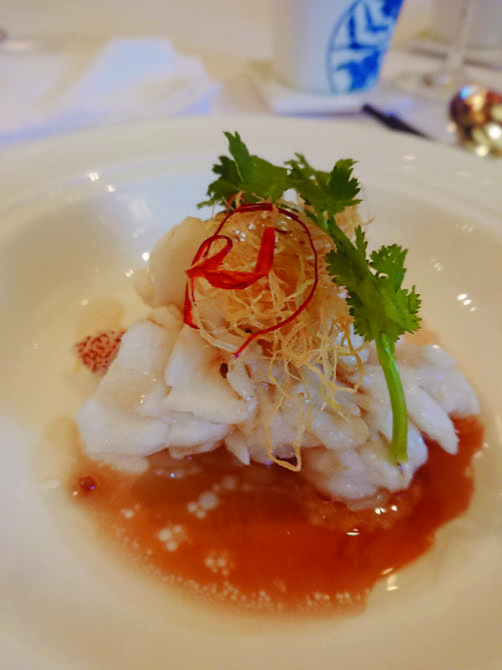 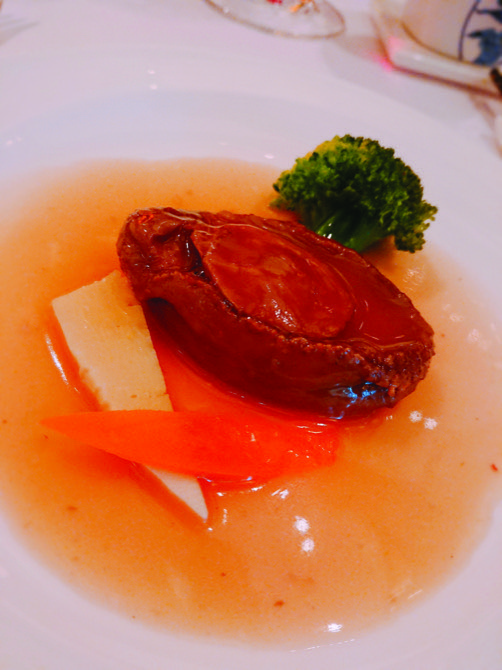 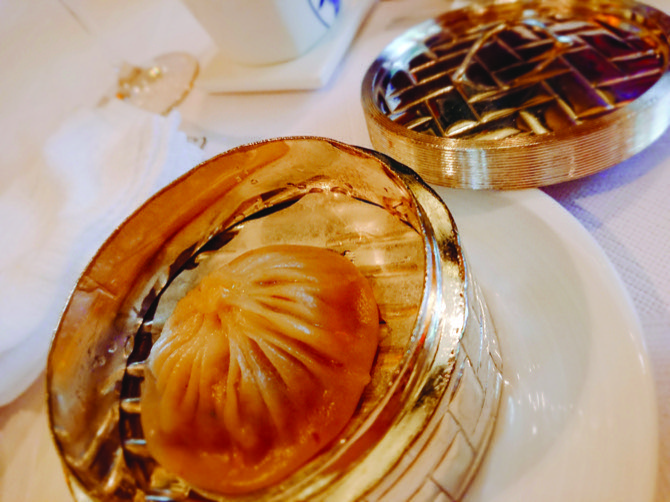 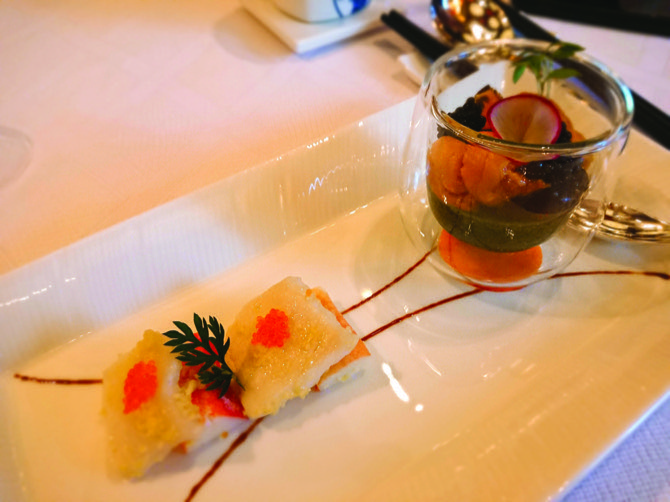