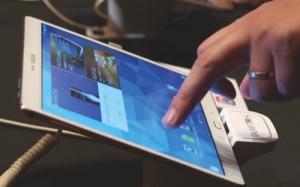 Time for a tablet? People tend to hold onto tablets longer than smartphones, so take time to weigh your options. A major consideration is what phone you or your gift recipient already has. Although it’s possible for Android owners to have Apple’s iPads, for instance, there are advantages to sticking within the same system. You often can buy apps just once and share them across both devices, and you don’t need to learn two different systems. Here are some buying tips organized by system. Prices listed are for base models. You can typically spend more for additional storage or LTE cellular connectivity.

APPLE’S iOS The iPad remains top of the line among tablets. The selection of apps designed specifically for it is unmatched. Those who already have iPhones will appreciate the ability to start email and other tasks on one device and finish on the other. You can even make phone calls from iPads, if you have an iPhone on the same Wi-Fi network.
The downside is the USD499 price tag for the latest full-size model, the iPad Air 2. Many Android tablets are cheaper. You do get a light and skinny device for the price, with a camera that matches the iPhone’s 8 megapixels (though the iPad still lacks a flash). The new Air also has a fingerprint sensor to bypass security passcodes and to authorize online purchases using Apple Pay. It won’t work with in-store payments, though.
If you are on a budget or want a smaller device, consider last year’s iPad Mini 2 for $299. This year’s Mini doesn’t have many improvements over last year’s model, except for the fingerprint and Apple Pay capabilities. The convenience might not be worth spending more for the $399 iPad Mini 3.
You might consider putting the savings toward a mid-tier or higher-end model. With both the Air 2 and the Mini 3, you can upgrade to 64 gigabytes of storage from 16 GB for just $100 more. Or get 128 GB for $200 more than the base model. 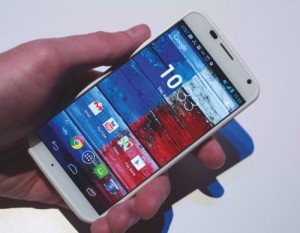 GOOGLE’S ANDROID Android phones and tablets don’t let you switch back and forth as easily as Apple devices do. The advantage of sticking with an Android tablet for Android phone owners is having a unified library of apps.
Samsung’s Galaxy Tab S is the best of the Android tablets I’ve tried. The display uses a technology called AMOLED to produce colors that pop out as you view video or browse the Web. But the Tab S also comes with a high price tag — $500 for the full-size model and $400 for the smaller one.
Samsung does offer an even-pricier Pro series, with screens of up to 12.2 inches diagonally, but that’s really aimed at professionals. Full-size models tend to be nine or 10 inches, while mini models are seven or eight inches. At the small and cheap end, Samsung offers the 7-inch Galaxy Tab 4 for about $180. Book lovers can choose a Nook edition, made in partnership with Barnes & Noble.
Google’s $399 Nexus 9 has the advantage of running an Android version that’s closest to Google’s vision. Samsung and other manufacturers typically add their own twists, which can confuse consumers. The Nexus does have a wireless chip for in-store mobile payments using Google Wallet, if you feel like waving it around in the checkout line.
I’m including Amazon’s Fire HDX tablets under Android, even though the system’s been modified so much that there’s little resemblance. App selection isn’t as good as what you get on purer Android devices. But Amazon is able to add such features as one-button access to live video help. It is great for first-time tablet owners and comes at a nice price — the full-size model for $379 and the smaller one for $179.

MICROSOFT’S WINDOWS Until Windows 10 comes out next year, there’s a huge divide between Windows phones and Windows tablets. Apps aren’t compatible, and Windows tablets have more in common with Windows desktops and laptops. A Windows tablet is best suited for someone looking to replace a PC. In fact, many Windows tablets are just laptops with detachable keyboards.
There are too many models to list, so I’ll use Microsoft’s own Surface Pro 3 as an example. You type on a touch screen or attach a $130 keyboard cover. The Surface itself starts at $799, though configurations go as high as $1,949 for those serious about ditching the PC. The Surface’s built-in kickstand can be adjusted to a range of positions, some better for desks and others for the lap. The best thing about Windows tablets is their ability to run regular Windows software, such as Office and Photoshop. Other tablets have, at best, a light version. By Anick Jesdanun, Technology Writer, AP