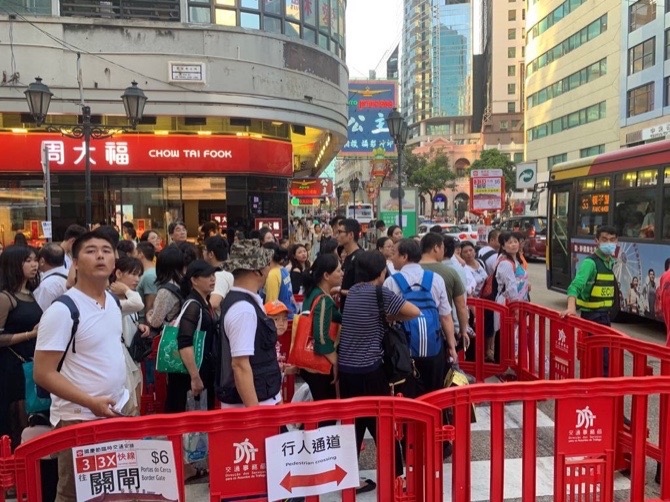 Macau received 616,000 visitors during the first four days of the Chinese Golden Week holiday, which commenced on October 1. Compared with last year, the Public Security Police Force, which is responsible for border control in Macau, found an increase of 11%.

Simultaneously, there was a 6% increase in the number of people crossing Macau’s borders compared with the same period last year, approximately 2.3 million in total. Of these, 90% used the Border Gate, the Lotus Checkpoint and the Hong Kong-Zhuhai-Macau Bridge.

Police remarked that during the first four days, all the border checkpoints have allowed seamless passage. The checkpoints, however, are expected to be slightly more crowded than on normal days.

Travelers planning to cross the border in the next few days are reminded to use the live stream service of border checkpoints on the Public Security Police’s website.

This is the first Golden Week after the enactment of the new “Taxi Law,” which levies heavier penalties on taxi drivers who violate the law.

The police noted that during the first four days of the Golden Week, there were 17 violations, seven of which were refusals to take passengers. Two other violations were related to the operation of unpermitted passenger services.

After the enactment of the new law, the police have seen a drastic 88% fall in the number of violations compared with the same period last year. AL