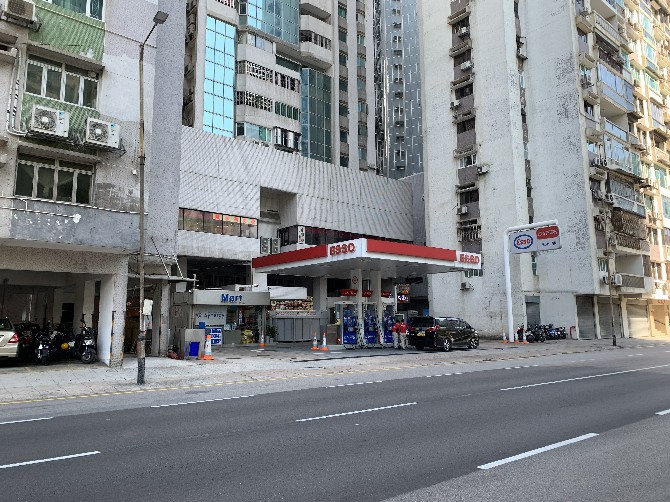 Detergents, laundry bleach, alcohol swabs and a stipulated amount of liquidized petroleum gas shall be allowed to be stored at a household and will not be subject to prosecution, the Secretariat for Security noted at a press conference yesterday.
The conference was held to announce the public consultation process to be conducted on the Legal System Supervising Hazardous Materials. The government is running the public consultation between January 23 and March 8.
This is not a public consultation on a bill that is to be made into law. Rather, the government is consulting the public in particular industries related to hazardous materials, on a direction of legislation.
In the consultation text, it is proposed that if a law is to be made in future, the government head can make exemptions on the holding of hazardous materials. For example, Leong Iok Sam, Commander of the Fire Services Bureau (CB), noted in his presentation that the storage of three barrels of LPG with a combined volume no greater than 90 squared meters can be exempted as illegal, for example.
The bureau is responsible for this public consultation.
In addition, it is proposed that some substances should be excluded from the legislation. The justification is that the substances are already part of existing laws and regulations. This would include anesthetics, medical disposables and medicines, as well as drinks and food. However, it is proposed that alcoholic drinks exceeding 60% alcohol by volume be included in the new legislation.
“In this sense, Maotai will be excluded,” Secretary for Security Wong Sio Chak jested at the press conference. Maotai is a famous Chinese alcoholic drink that is about 55% alcohol by volume.
On the categorization of hazardous materials, the CB head suggested that there would be nine categories, ranging from explosives and inflammable liquids, to radioactive and corrosive matter.
A mechanism is also being included to allow for the importation and storage of such materials. Related industries can apply for a permit to import from Customs at least 48 hours prior to the importation.
An interdepartmental mechanism will then be triggered to monitor the activity. The mechanism shall consist of the CB, Customs, the Health Bureau, the Public Security Police Force, the Economic Bureau, the Marine and Water Bureau and the Civil Aviation Authority.
Storage shall be conducted on a licensed basis. Academic use of such materials shall be allowed with prior approval.
As for permanent hazardous material storage, Wong said there is no timetable for the opening of this, but that work is currently being done.