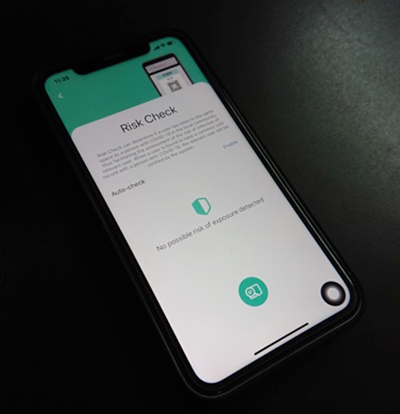 The Secretary for Social Affairs and Culture, Elsie Ao Ieong, said in a recent interview that the footprint tracing function will eventually become mandatory, although the roll-out will be gradual. Footprint recording is a new function introduced by the government to allow users to record their movements. QR codes will be rolled out in different places across the city for users to scan and record their movements. Participation in the footprint record remains voluntary for the time being. IT professionals have raised warnings about possible security flaws in the function, including the risk of personal data leaks.

Two weeks ago, the government affirmed that public facilities will continue to allow entry of those who do not track their itinerary with the health code app,

Currently, the only locations in Macau where QR codes can be scanned to track movements are government departments, social service facilities, medical clinics run by the Health Bureau and public buses.

Health authorities are gradually expanding the number of locations with QR tracking codes, and hope to expand to food and beverage establishments, other medical facilities and entertainment venues all over Macau by the end of January. AL