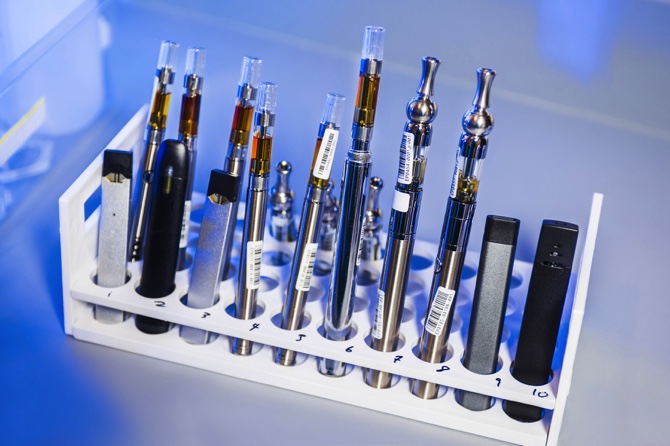 The government is preparing to ban the import and manufacturing of electronic cigarettes in Macau, the Secretary for Social Affairs and Culture Elsie Ao Ieong announced yesterday at the Legislative Assembly (AL).

Ao Ieong attended the plenary session for the second day of Q&A, with the government answering lawmakers’ questions on several topics, including the problem related to the use of electronic cigarettes in Macau. She announced that “this year we will revise this law to forbid the import and manufacturing of electronic cigarettes and their products,” in reply to an inquiry from lawmaker Lam Lon Wai.

“It’s a simple review, so I believe it will be concluded within the year,” she remarked after a short debate between the lawmakers and government officials.

The government was under fire for having recently enacted a regulation which forbids the sale and promotion of electronic cigarettes but leaves a loophole allowing their import.

According to the Customs Bureau, the services never received any request for the import of such products, and that no “legal” imports have ever been authorized.

According to the lawmakers, the problem is not with the law itself – which Ao Ieong said is one of the most restrictive worldwide – but with its implementation. Several lawmakers, including José Pereira Coutinho, accused the authorities of letting the products in via “ant carriers” – a name describing people who cross the border frequently, transporting contraband as personal items to avoid scrutiny of the customs authorities.

Citing the current implementation of the law and general lack of supervision, lawmaker Lam said that he had attempted to search for the products online and that he had found several individuals and companies advertising them, some of whom included references to physical stores.

Concerning this, authorities stated only that it is difficult to inspect operations and transactions that occur online, but that with the amendments planned the matter would be solved.

In the inquiry, lawmaker Lam noted that electronic cigarettes were being used for the consumption of illegal substances other than tobacco – specifically some mixed with cannabis oils. The government confirmed it was aware of the matter.