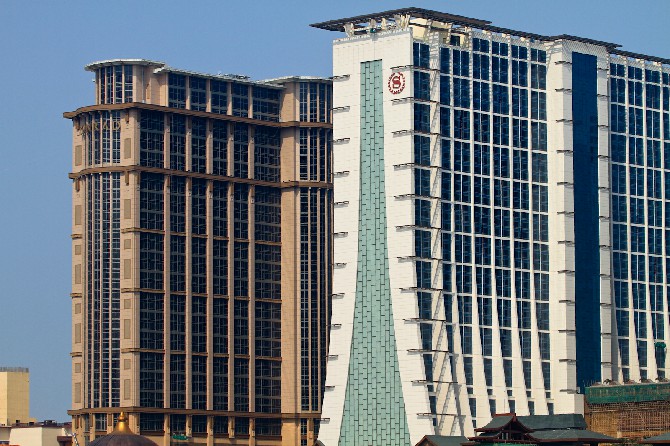 The government will research the possibility of centralizing the designated hotel resources for quarantine within fewer or even just one hotel, Inês Chan, the representative of the Macao Government Tourism Office (MGTO) said yesterday during the daily press conference of the Novel Coronavirus Response and Coordination Center.
In response to questions from the media, Chan acknowledged that in the next few weeks the number of people admitted to quarantine should fall drastically since the channel that allowed for the transfer of local residents from Hong Kong airport has been closed. She advised that the authorities will reevaluate and consider a solution for the 12 hotel units currently designated for quarantine.
“We currently have 12 hotels [designated for quarantine] and we know that people are completing the isolation [period] and according to the developing situation we will reevaluate the hotel choice because we will still need the hotels but we will need to weigh the possibilities to find a solution to use them in a rational way,” Chan said. “We know that after the 14-days many people will leave the hotels but the evolution of the epidemic is also very fast so we can’t give a very clear reply now [on what the decision will be].”
The official also noted that to centralize resources within just one hotel is what the authorities would prefer since “management [of the venue and staff resources] would be easier.”
The Sheraton Grand Macao was identified as the best candidate to take on the role with only 500 rooms in use for a total of 2,000 made available, according to the information provided.
Despite expressing the desire to centralize these resources, Chan noted that the decision cannot be based on the ease of managing the space alone, but must prioritize the evaluation by the Health Bureau of the safety of the conditions.
With the recent enforcement of restrictive measures from several countries and regions, including the border restrictions imposed on Macau residents by Hong Kong and the Guangdong province, it is almost impossible for more Macau residents to travel and return from abroad.
Returnees still account for the vast majority of the 2,627 people that are currently under quarantine and medical observation in isolation at the 12 hotel facilities made available by the government.

Gov‘t receives request for quarantine expenses exemption
The government has received a request from a non-resident worker (TNR) to be exempted from payment of the quarantine expenses due to their financial inability to meet the costs, Chan said in reply to the media.
According to the MGTO representative, the case refers to a blue card holder initially placed under home quarantine who later requested to be transferred to a hotel unit due to an inability to properly isolate at his home.
The official clarified that all non-residents, including TNRs and tourists undergoing the mandatory 14-day quarantine at local hotels, must pay the pre-established fee of 5,600 patacas.
“The only case in which non- residents are exempt from paying for the hotel stay is when the quarantine is requested to occur at a hotel by the Health Bureau itself, after evaluating that a person does not have the proper circumstances to complete the quarantine period in their own house,” Chan remarked.
The same official also revealed that the Tourism Crisis Management Office had also received a few requests over the phone calling for information from Macau residents who are abroad about the possibility of returning to Macau. However, Chan said that in none of these cases was any formal or emergency help solicited.
The request that involved the most people was from a group of eight that is currently on the Island of Bali in Indonesia, but Chan said that they are well and at home and have no urgent need to return to Macau. The MGTO representative also noted four other requests from people in Myanmar, two in the UK and one each in the USA and New Zealand.