Gov’t to revise budget as GGR expected to tumble 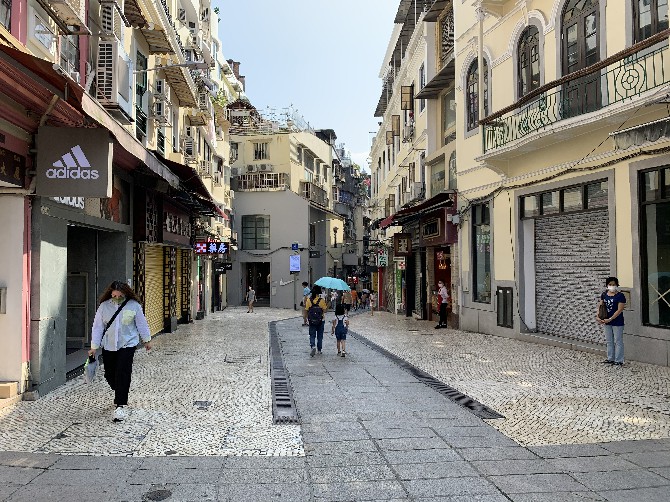 Chief Executive Ho Iat Seng expects the city’s gross gaming revenue (GGR) to fall further, missing the initial gaming revenue forecast, due to the current Covid-19 outbreak.
In a press conference held yesterday, the CE said that MOP130 billion in gaming industry revenue for this year was originally a “conservative estimation.”
The city’s GGR for the first half of the year was MOP49 billion, 25% lower than forecast. This means that the city’s casinos would need MOP81 billion in revenue in the second half of the year to meet the government’s forecast total for the full year.
However, gaming results saw a sharp downturn in August, with the lowest GGR this year recorded due to the Delta variant cases of the coronavirus discovered earlier that month.
The city’s GGR plummeted to MOP4.44 billion in August, a drop of 47.4% month-to-month.
An aggregate MOP8.44 billion in gaming revenues was reported in July, an increase of 29.2% from the previous month.
Despite this increase, the accumulated gaming revenue was still lower than analysts had expected, as the median analyst forecast was a 540.5% increase year-on-year.
Today being the last day of September, Ho foreshadowed another downturn in revenue since Zhuhai has imposed stricter measures for those entering the city from Macau.
Fitch Ratings forecasts that the GGR in 2021 will be nearly 65% below 2019 levels, recovering to 35% below 2019 by 2022, and fully recovering in 2024.
So far, between January and August this year, Macau generated a total GGR of MOP61.9 billion, about 21% of the 2019 amount.
The CE also acknowledged that, with the upcoming National Holiday, the city’s recent Covid-19 cases will have a negative impact on tourist arrivals which will also affect small and medium enterprises as well.
Late last year, the Legislative Assembly approved the 2021 budget, which allocated MOP26.6 billion from the financial reserves to address the public administration deficit.
Ho said yesterday that, in 2020 and 2021, the government will use MOP100 billion in reserves to balance the accounts.
The CE also revealed that he has instructed the Secretariat for Economy and Finance to study the impact of the pandemic on the city this year.
Earlier this month, prior to the September Covid-19 cases, Lei Wai Nong, Secretary for Economy and Finance, had admitted that the gaming revenues this year would be adjusted, though no figures were given.
Macau is still under “immediate prevention status,” declared on Saturday last week following the detection of cases of the Delta variant on Friday, followed by five more cases over the following four days.